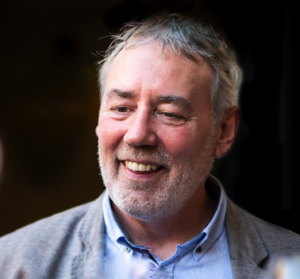 Dom previously spent over 30 years in corporate business working for industry giants such as IBM. During that time he developed strong communication and interpersonal skills, using storytelling as a way to translate technical solutions into layman’s terms in order to gain support for projects. Subsequently, Dom has an innate ability to develop rapid rapport with people and turn their stories into books to be cherished for future generations. In his spare time, Dom likes to ride his mountain bike, sail and ski.

As a Story Terrace writer, Dom interviews customers and turns their life stories into books. Get to know him better by reading his autobiographical anecdote below

From Boy to Man

In the summer of 1973 my Dad acquired a sailing dinghy. We had never sailed before, but Dad had read books, watched other sailors and, in his inimitable fashion, had it all worked out. My confidence in him was somewhat shaky to say the least.

I remember being terrified as we left the safety of the shore, the wind was moderate with gusts of 20mph, so it was a lively sail. Once underway, seeing that Dad had actually learned something from his sailing studies, I started to relax. The boat began to heel, unnerving me a little. But being me I hid any outer evidence of fear and looked to Dad to ease my discomfort.

Then it happened. A gust of wind had the boat tipping over, Dad yelled at me to sit further out and balance the boat. I obeyed and hung my weight over the side; terrified or not, I was determined to prove to him that I had the makings of a competent sailor. The boat heeled further and further, then, in a blur of forward motion, she went over and in a split second I found myself plunged into the freezing cold water.

Remembering the drill Dad had briefed me on before we set out, I immediately pulled the whistle from my lifejacket and started to blow with as much wind as I could muster.

If I was terrified before but had managed to hide it, I wasn’t hiding it anymore. I yelled at Dad, “Help me I’m going under”, as wave after wave washed over me leaving me gasping for breath. “You’ll be fine”, he yelled back, “grab hold of the jib sheet so you don’t float away and just wait for my signal, I’ll right the boat and pull you in.” I frantically paddled towards the upturned hull and fished under the water for the rope that connected the front sail to the boat.

Somehow he managed to get the boat upright. He reached over the side, grabbed the straps on my life jacket and hauled me into the boat.

We turned around and headed for the shore, me shivering with Dad clearly flustered. I was never, ever going sailing again.

Then something came over me, I realised everyone was watching, so I immediately changed my demeanour. Gone was the terrified 8-year-old inexperienced sailor. It was time to morph into Sir Robin Knox-Johnson and show the world what a great time I’d had at sea. 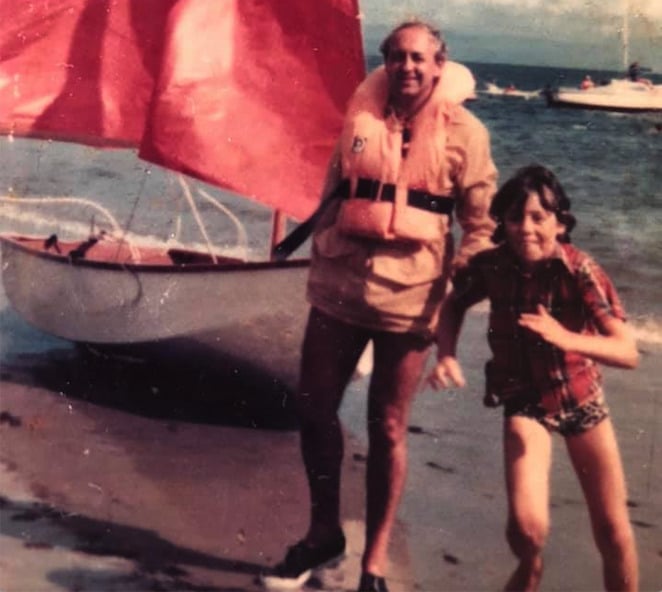 Start working with Dom A today!
Get in touch