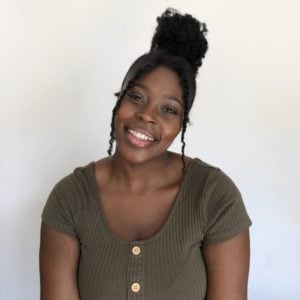 While D'anne's background lies in social science, having graduated with a BA in Sociology and Politics, she has always loved writing. What began as an obsession with Harriet the Spy when she was 10, turned into a passion for poetry and fiction, which eventually led her to feature in the Young Writers Poetry Collection in 2009. Now an adult, she works as a freelance content and ghostwriter and runs her own blog. She's always ready, with her notebook in tow, to capture the amazing stories that come her way, in true Harriet fashion.

As a StoryTerrace writer, D'anne interviews customers and turns their life stories into books. Get to know her better by reading her autobiographical anecdote below

When Mum told us that we were going on holiday, we were ecstatic. Images of shimmering blue skies and crisp white sand filled our young minds, as we began guessing where we would go. Could you imagine, a whole week of sunshine and palm trees and we would be experiencing it all with our favourite cousins? We could barely contain ourselves!

However, we soon felt that something was off, after discovering that we could get to our destination by car. Though somewhat confused, we held onto hope and counted down the weeks until our then named “best holiday ever”.

A few weeks later, we were ready to go. With bags packed and our imagination at an all-time high, my cousins, brother and I rushed into the backseat of the family Picasso and set off down the M1. As is to be expected with children, the excitement of the journey was short-lived and we grew bored two hours into the trip. So, we turned our attention back to something useful: we were going to figure out where we were going. As the oldest of the bunch, I spearheaded the conversation and had decided that we were going to Spain. At worst, France! That bubble burst, as the car finally came to a stop.

We had reached our destination:

The voice on the sat-nav rang loud over our stunned silence.

“We’re here!” My mum smiled, turning to face us in the backseat.

Though her smile was bright, the sky seemed greyer than it had been just moments before. Caravans lined up as far as our eyes could see and the picture of sandy beaches and palm trees disappeared. We stepped out of the car and grabbed our suitcases, rolling them towards the caravan door with sullen faces; a mix of disappointment and disbelief at what was to be our holiday home. Enveloped in collective silence, we silently agreed that this holiday was doomed. How could we have fun in a parked caravan? How was this a holiday? Little did we know, as we stepped out of the family Picasso, we had just stepped into the beginning of the best holiday ever. 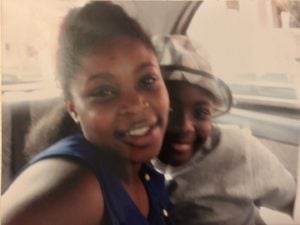 Start working with D’anne F today!
Get in touch