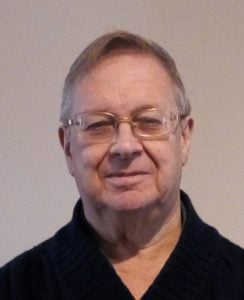 Bernard has vast experience as a journalist, freelance feature writer, published author, broadcaster, writer coach, and public speaker. From humble beginnings as a Junior writer at the Daily Express, Bernard has gone on to establish a vast and varied career over many years. He has also written for the Mirror Group, the Sunday Times, the Daily Mail, and for numerous independent publications and magazines covering biographies and auto-biographies, text books, newspaper and magazine articles on a huge range of subjects, news reporting, sports reporting, opinion and humorous columns, scripts - and more! Bernard has even twice compered at the Royal Albert Hall and investigated the legendary Profumo affair.

As a StoryTerrace writer, Bernard interviews customers and turns their life stories into books. Get to know him better by reading his autobiographical anecdote below

There have been many moments along my journey - I once stepped on the foot of Muhammed Ali and he apologised for being in my way. I was met by an armed guard when flying into Bulgaria - I thought there had been a coup but it was that I was being met by the then Bulgarian Foreign Secretary. I once had a five-hour lunch with Bette Davis and on another occasion I was greeted by Princess Margaret at an event and was immediately saluted by her bodyguards who thought I must be someone special.

I could go on and on but it will be very self-indulgent. I have met many iconic people, most great experiences. I have spent time with murderers, prime ministers and meths drinkers.

A highlight? OK, let's think about 1966 when England won the World Cup. I knew Alf Ramsey and most of the players. I was in the stadium and went to the England dressing room after the game, even being handed the Jules Rimet Trophy to hold. In the entire history of British football that was the only time a Home Countries nation won the World Cup and to have been there and very slightly involved makes it a special memory.

Start working with Bernard B today!
Get in touch