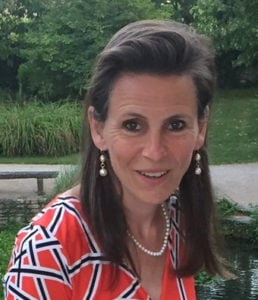 Having studied French and German at Oxford, worked for more than 20 years in financial communication and translation, as well as publishing a memoir of three transformational years living in Sweden with her family (So Sweden – Living Differently) Alison has a real passion for language and helping people tell their stories. She has lived abroad in France, too, and her work with Story Terrace has encompassed the stories of people from Lebanon, Iran, Russia and Australia with the particular themes of family roots and culture which their international lives have brought, as well as those of people who have spent part of their lives in India, Pakistan, Wales and all around the UK. She has written 14 books so far and loved every minute of the privileged relationship a StoryTerrace writer develops with their story tellers. An avid traveller, gardener, cook and lover of the arts, she spends her free time with her family, playing tennis, walking her dog Twiglet, reading, and going to concerts, the cinema and theatre as often as possible.

As a StoryTerrace writer, Alison interviews customers and turns their life stories into books. Get to know her better by reading her autobiographical anecdote below

Warmth From the Cold

Watching the familiar tower of Orford Castle slowly, inexorably disappear into the distance saw my heartstrings pulled to breaking point. It had all begun with that fateful phone call from my husband – the boss was pleased, moving to headquarters in Stockholm was the next natural step, what did I think? A rhetorical question, as the decision to up sticks and extract ourselves from the cosiness of our life in West Sussex seemed a foregone conclusion. And here we were on a one-way ticket to the unpronounceable Esbjerg in Denmark, en route to the so-called Venice of the North which I knew not at all.

Thus I found myself one August morning, one little boy on each arm in Jonköping, most inauspicious of places but a good stopping point for a night of inevitable salmon, blinding sunlight from dawn, but fabulous muesli for breakfast. Welcome to Scandinavia! Ed had whizzed off early to pre-empt the removal men, so I cut a rather forlorn and baffled figure as I checked out of the hotel. “Do you know where you’re going?”, the receptionist ventured. An unwittingly probing question. “I’m driving to Stockholm. We’ve come to live in Sweden,” I replied, the momentousness of the comment now striking home. Leaving her quizzical look and the eerily quiet streets of Jonköping behind, off we set up the emptiest motorway known to man, punctuated only by the odd incredibly long lorry for the epic journey to Stockholm, our new home.

It seemed extraordinary that home could be somewhere so unknown, so different from the lifelong familiarity of Britain, my beloved mountains in Wales, the magnetic draw of Provence where I had lived in days gone by. But as the beautiful rooftops and painted houses of Stockholm, its glimmering waterways and islands finally hove into view, I felt a fizzle of excitement, an answering call to my love for adventure. Tom and Ben’s faces were all anticipation, it was so important that I surrounded them with love and positivity despite the angst within.

And so began the most astonishing adventure, into the cold, out of the comfort zone, into the unknown. An unknown which would be governed by trying everything, immersing ourselves, sticking together, relishing the unity of this unique experience and discovering somewhere unforgettable. One which took me out of myself, stretched our boys’ imaginations and took Ed’s adoration of the snow to new heights. Sweden. 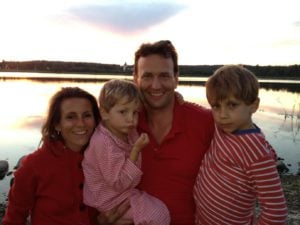 Start working with Alison A today!
Get in touch