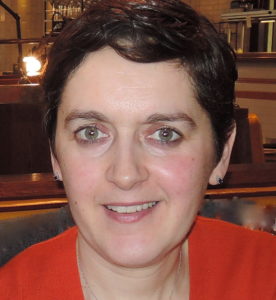 Susannah is an experienced writer and editor who loves books, films, design, architecture, sport and apostrophes – though not necessarily in that order.
She studied law but has always worked in publishing, and is still excited by the process of bringing stories into print. Susannah watched a lot of movies and met film critic Barry Norman during her 10 years as a staff writer and sub-editor at Radio Times magazine. She blogs as Notreallyworking and has edited two self-published memoirs by disability rights campaigner Jane Raca.

As a Story Terrace writer, Susannah interviews customers and turns their life stories into books. Get to know her better: you can read an autobiographical story of her own below. Get in touch today to work with her!

In the autumn of 1972 I discovered that rabbits are surprisingly good at keeping secrets.

I was eight years old and had outgrown Dick Bruna’s ‘Miffy’ books, featuring that moon-faced bunny with a flattened x for a mouth. As a trial run for having my own pet, I took our school rabbit, Pip, home for the Easter holiday. Soon after, I became the proud owner of Robert, a small white rabbit with a brown nose and ears. Dad’s job was to check that Robert was, indeed, a male bunny. This task proved about as easy as herding cats. Robert did not take well to being hoisted by the scruff of his neck to have his ‘undercarriage’ inspected.

My granddad had used his carpentry expertise to build a six-foot long rabbit run, where my new pet could roam free. Soon Robert was demonstrating his Houdini-like ability to escape from our back garden several times a week. Luckily, he always found his way home.

One day I was staring out of the kitchen window, admiring the hole that Robert had been digging in his run, when I noticed he was not alone. There was a whole litter of bunnies out there – eight in all, including a couple of white ones that looked very much like Robert.

I had to face facts: Robert was really a roving Roberta, though I could never bring myself to call her that. During one of her great escapes she had dallied with a passing wild rabbit and got herself pregnant. That tunnelling project had allowed her to give birth in secret inside the burrow.

We kept just one of Robert’s babies: Sandy, a brown bunny that probably looked a lot like the father he never knew. Of course, he turned out to be a male rabbit, and before you could say ‘Bugs Bunny’, he was fathering a litter of seven with Robert.

Following a timely intervention from the vet, Robert’s gallivanting days came to an end. She and Sandy lived happily ever after. 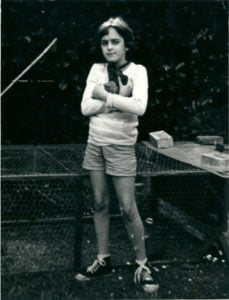