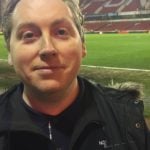 Steve Cummins is a journalist, editor and documentary maker with a particular skill in helping his interviewees tell their stories in a manner that will engage readers. His work has appeared in a range of Irish, British and US publications, including NME, the Irish Times, Irish Independent, RTE and Nylon, among others. Over the course of his 15 years in journalism he has helped a range of people to tell their stories – from well-known cultural figures such as Bob Geldof, Paul Weller and Billy Bragg, to those recovering from famine and drought, and those doing life-saving work in the health and charity sector. Steve is also a documentary-maker, recently completing an acclaimed documentary on the musician, Jeff Buckley, for RTE Radio One. The documentary was broadcast in Ireland, Canada and Poland. Steve holds two Masters degrees (International Journalism, Creative Digital Media) and a BA in English and History. He is based in Dublin, Ireland.

As a Story Terrace writer, Steve interviews customers and turns their life stories into books. Get to know him better: you can read an autobiographical story of his own below. Get in touch today to work with him!

It wasn’t until I crossed 3rd Avenue that I realised I’d reached my destination. The imposing sign marking the St Mark’s Hotel, on the corner of St Mark’s Place, was the first indication I was in the East Village. A world only previously imagined had now been brought to life. The reality reflected back upon my eyes, however, wrestled with the illusion long embedded on my mind. The imagined had been drawn from the intoxicating, experimental novels of the Beats in the 50s, through to the hippie influx of the 60s, and the punk explosion of the 70s.

In my mind’s eye, the East Village was the beating heart from where New York’s outsider artist’s changed the world. The reality, as I saw it today, was stark in its difference. The proliferation of small and expensive coffee houses, with their brunches, mimosas and well-heeled, frequently bearded clientele, was the first indication that gentrification had not missed the East Village as it thundered through Manhattan.

Making my way down St Mark’s Place I rummaged through my notes and tried to draw out the history I knew still lurked within the facades of the buildings around me. I was here on a pilgrimage. Jeff Buckley, a musician who had died almost 20 years previous, had, in a sense, brought me here as I sought to understand the neighbourhood that had given birth to his music.

As I stopped at the Gem Spa to buy its famous egg cream (a beverage that contains neither egg nor cream), I rummaged through my notes and pointed myself in the direction of 122 St Mark’s Place, where once stood the Sin-é café. It was there that Buckley had honed his stunning talent during the early 1990s and, my map told me, was just another 500 metres east.

As I edged nearer Tomkins Square Park, the edginess of the East Village that I’d read about slowly began to emerge. And then there it was, 122 St Mark’s Place. Here was the tiny venue within four walls that had inspired and been occupied for a time by everyone from Patti Smith to Bono, Iggy Pop and Jeff Buckley. Like the rest of the East Village though, its history was now hidden as a tiny Israeli grocery shop stood in its place. 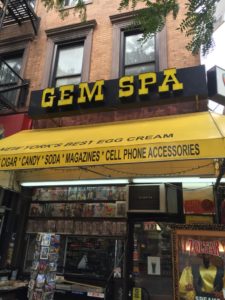