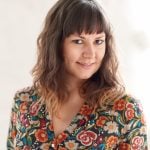 Sophie’s keen interest in music, particularly folk, traditional and indie music, has seen her contribute to the music press since she was 15 years old. Her first book Wayward Daughter, is the official biography of legendary musician Eliza Carthy MBE, and was published by Soundcheck Books in 2012.

From Light To Dark, her ghostwritten autobiography of blind endurance athlete and charity fundraiser Dave Heeley, was published by Pitch Publishing in 2016.

She is also a member of the Biographers’ Club.

As a Story Terrace writer, Sophie provides professional ghostwriting services to capture customers’ life stories through carefully crafted anecdotes. Below is an anecdote of her own. Get in touch today to work with her!

Rein That Child In!

My family relish in sharing stories about my bad behaviour as a toddler. It seems that the phrase ‘terrible twos’ was invented for me: for my tantrums in Marks and Spencer, fists little hammers on the carpet; the ornaments seized from the mantelpiece and thrown in the direction of a well-to-do mum from nursery; lunch stolen from the highchair of my parents’ perfect goddaughter like a stealthy seagull. I told lies, I had screaming fits, I announced to others that I would put my mum ‘in the dustbin’. I am amazed mum didn’t put me in there, leave me to it, until I gained a sense of decorum and realised the error of my ways.

But it’s my grandma’s story that gets me. She might be 95 and in a care home, but her memory is sound and her storytelling vivid – and I still feel guilty to this day. I had just learnt to walk, and I had insisted that my short walk through the village, mum and grandma at my side, be through my own faltering steps. Mum slipped the reins over my head, my arms muscled in with practice before I had chance to protest.

Slowly, we made our way through the lanes, mum and grandma’s conversation regularly punctuated by my attention-seeking, inane chatter – until, in a moment of malice, I thought it would be a good idea to tie up my poor, unsuspecting grandma. I orbited her quickly, the reins tangling underfoot. She stumbled, tripped, and shouted at me. It was the first time grandma had ever scolded me and I deserved every last word.

I behaved myself after that; at least, until the end of the day. 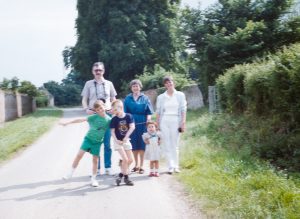