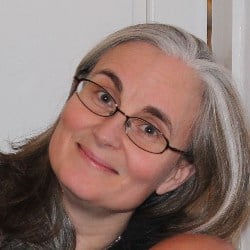 Sarah is a trained journalist and has written for national newspapers and magazines including the Independent, Guardian, Daily Telegraph and Marie Claire. She spent 14 years living abroad in Italy, India, the US and Thailand where her daughter was born before finally settling back home in London. She has interviewed people from all walks of life, covering everything from education to foreign affairs (including how to ride an elephant). She recently completed an MA at King’s College, London, and has also worked for charities such as UNICEF and Comic Relief.

As a Story Terrace writer, Sarah interviews customers and turns their life stories into books. Get to know her better: you can read an autobiographical story of her own below. Get in touch today to work with her!

Mum always used to joke that it was all down to her and her love of the printed word that I became a journalist. Our house was lined not just with books but piles of newspapers and magazines. Mum was an English teacher and always dedicated several days during the summer holidays to “doing the papers” – extracting a guilty pile from behind the sofa, kneeling on the floor and poring over every page, cutting out articles that would be filed away or slipped between book covers. She never got to the brittle, dusty heaps in the attic, which are still there, waiting for me to tackle.

According to my parents, mum’s collection of back copies of the New Statesman played a major role in defending her honour during their courtship. Dad was visiting her in her lodgings, where there was a strict “no men after 11pm” policy. He’d driven his low-slung sports car into the drive but when he tried to back it out it got stuck on the metal gate stop. To mum’s horror he refused to damage his car’s underbelly any further by continuing to reverse. She fled to the garage, reappearing with armfuls of her beloved magazines. Together they built a ramp over which dad reversed and made off, just in time to escape the landlady’s wrath. Mum gathered up the magazines and put them back in the garage, delighted that her reverence for the printed word had paid off. She had ammunition and boy did she use it for years to come! Dad claims those magazines are still in the attic today, having survived a move from Middlesbrough to London and several other changes of address.

When I left home, plump envelopes would arrive from mum, full of cuttings reflecting her incredible capacity to be interested in absolutely everything. This continued when I moved abroad, despite my protestations that I could find it all online.  And most touchingly, she kept my own – and later my husband’s – journalism, when we were living in Asia and the US. I found a boxful the other day, and wept inconsolably. I used to tease her about her cuttings habit but I don’t half miss those envelopes now she’s gone. 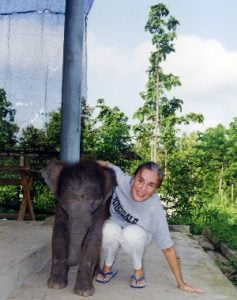