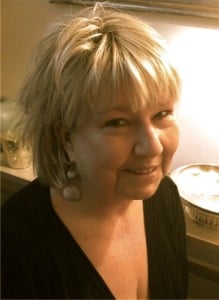 Sara’s career has taken her from The Sunday Times Insight team to Miami and Washington DC researching and writing investigative non-fiction books. The Cocaine Wars (a New York Times bestseller, nominated for an Edgar Award) and Hunting Marco Polo were published worldwide. As a contract writer for publications that included The Sunday Times Magazine, the Telegraph Magazine and Conde Nast Traveller, she travelled the world while based in a medieval hilltop village in Provence. Her next book, Living in Provence, sold 250,000 copies in ten territories. Now back in London, she continues to find stories that excite and inspire her.

As a Story Terrace writer, Sara interviews customers and turns their life stories into books. Get to know her better: you can read an autobiographical story of her own below. Get in touch today to work with her!

My husband Paul and I were in Barbados because kind friends had invited us to stay. There we met Laura and her mum Hilary. Laura had moved to the island to watch over her mother after she’d suffered a violent attack but she had also started caring for the island’s huge population of abused and stray dogs.

A blonde-haired, rosy-cheeked Home Counties girl, Laura was a one-woman avenging angel, driving round the island in the dead of night to saw through the chains of the dogs that were kept as “barking machines” to protect their owners’ properties until they died of neglect — and bringing home those strays who the overflowing dog pounds could no longer house.

Hilary had a drinks party and we were invited. Packed with a lively expat crowd — and quite a few rescue dogs — it wasn’t until the evening’s end that I caught up with Paul. “I’ve got something to tell you,” he announced. “I’ve met a dog. And I want to bring her home.”

That dog was Josie, short for Josephine. Laura had found Josie as a very small puppy cowering at the side of the road with a massive, livid scar down one flank. Laura suspected she had gone into the fields where the sugar cane cutters worked, hoping for a scrap of food to stay alive. Instead, one of the cutters had tried to remove her leg with a machete.

She had every right to hate humankind – and men in particular. But that evening she fixed her sights on Paul, put her paw on his knee and gazed into his eyes. And he fell hopelessly in love.

We returned to the village in Provence that was our home and, while Paul returned to his life as a highly successful writer of thrillers, I made the plans that would eventually bring Josie to the freight area at Charles de Gaulle airport in Paris – and into our arms.

All the villagers knew Josie’s story and, being French, declared she was elegant, the colour of caramel – and, being French, would nod with approval that she’d been awarded a French name. She became better known when Paul helped her write a blog about her adventures. It wasn’t until it received 17,000 hits in one month that we worked out that naming it Josie in Provence might be attracting men disappointed to find photos of a golden Vizsla-Lurcher mix when they clicked on the link rather than the young woman they were expecting to see disporting herself – but we felt sure their disappointment didn’t last for long.

And so the years passed. Golden days of walks with Josie among olive trees and vines and golden evenings with her at home by our side. Until suddenly, brutally, our lives changed forever.

Just hours away from delivering the latest thriller to his London agent, Paul suffered a catastrophic stroke which left him with debilitating cognitive and physical damage that no amount of surgery or rehabilitation could resolve.

I took my broken beloved back to London, a country we had left 25 years before, to a future that looked unspeakably bleak. I had had to immediately sell our house. When I told Paul that I had to leave him, just for a short while, he managed to say, “Come back soon.”

And then a call from the hospital: Paul was gravely ill. I flew back at dawn the next day and I said goodbye. And then I went home. And I grieved. But I had to go on because Josie needed me. And that business, that necessary business, became the one fixed point of my life, my reason for living. During the endless, empty days and the long, black nights she never left my side, her warm body pressed against mine, her nose placed gently in my hand.

Five years on, Josie is as loved by my local community here in London as she was in our French village, as she is wherever she goes. Is it because she is a rescue dog that she has such extraordinary empathy? I don’t have the answer, nor do I understand how a creature once so brutalised has only ever given pure, golden love.

I now share Josie with a boy called Reece, the adopted son of friends, whose chaotic early childhood make trust or even communication very hard. They spend weekends together and he tells her the secrets he can share with no-one else. And, on their bus journeys together and just as she did with Paul that very first time, Josie goes up to each passenger in turn, puts her paw on their knee and gazes into their eyes. And that allows Reece to tell Josie’s story – and to find his voice. Reece, too, has golden-red hair – but that’s not why he calls Josie his “sister by another mother”.

There are those who say we saved Josie. But I know the truth: it is Josie who saved us.