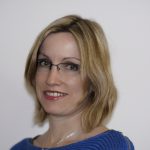 Sara has worked as a journalist, translator and copywriter for more than 15 years. She writes for various award-winning titles, including The New York Times and architectural magazines. She has also written for the WSJ and Grand Designs. She speaks French, German, Spanish and Italian, which has proven handy both for interviews and for sampling delicious food around the world! She is an accomplished interviewer who loves finding the common narrative that binds people together. She has a BA in Modern Languages from the University of Durham and an MA in Periodical Journalism from the London School of Printing.

As a Story Terrace writer, Sara provides professional ghostwriting services to capture customers’ life stories through carefully crafted anecdotes. Below is an anecdote of her own. Get in touch today to work with her!

My father was the consummate nomad. His stories of far-flung places and hair-raising experiences coloured my childhood. He seemed so energetic and exotic and so utterly different to most of the other adults that I came into contact with at the time.

His job as a publisher sent him all over the globe, looking for new writers to champion. His love of books – and extremely eclectic collection – was a treasure trove to both me and my sister. Much like the protagonist in Isabel Allende’s Eva Luna, we would conjure up magical tales based on the books we found – the more improbable and fantastical the better.

It therefore seems fitting that my parents met off the beaten track, in Africa. My mother has taken a job at a music school to escape the wet, miserable winters in the UK. My father, who was coming to the end of a 10-year teaching stint there, had decided to return to the UK to work in publishing.

My sister and I followed a few, short years later and my parents settled back into life in the UK which, in the 1970s, must have seemed like a strange new world after their days in Africa. However, by this stage, my father was travelling extensively abroad for work, so he probably had less settling in to do than my mother.