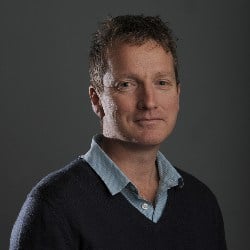 Rick is an award-winning author and journalist for The Times. He has interviewed celebrities ranging from Usain Bolt to Sir Bobby Charlton, and has also developed a literacy scheme to get young people reading and writing. Rick has written nine books of his own for major publishers including Penguin, Hodder and Random House. These have included ghosted autobiographies of Jessica Ennis-Hill, the Olympic champion, and Jeremy Keeling, a maverick who built an ape sanctuary. Short-listed three times for the prestigious William Hill Prize, he has been a winner at the British Sports Book Awards. He is nice, friendly (so he says) and is a good listener.

As a Story Terrace writer, Rick provides professional ghostwriting services to capture customers’ life stories through carefully crafted anecdotes. Below is an anecdote of his own. Get in touch today to work with him!

Me and My Dad

Never dig up your dad in the rain. It only makes the sad sadder.

“Do you want it all?” said the man from the cemetery, trowel shovelling the worm-ridden remains into a coffee pot. Another thing to remember when exhuming parents – always take your own carefully-chosen casket. Not having done this sort of thing before, Mum and I had arrived unarmed at the iron gates. The cemetery man had sighed, walked into his sooty black office and emerged with a fading Nescafe jar.

It was twenty years since my dad died of a heart operation gone wrong, and it was time to move on. His sons had all gone south through work and love. Now Mum was going too. And so it seemed wrong to leave him here in Yorkshire, beneath a tiny plot of stone, growing ever smaller in tandem with the overgrown edges of the cemetery man’s apathy.

Dad had always wanted to live in Cornwall. The times spent in Lamorna, drinking at that idyllic watering hole, The Wink, and taking blissful walks over the top into Mousehole, were the happiest. Of course, a small boy wishing we had gone somewhere more exotic, like Florida or Rome or Butlins, had a different take. The Wink was a barren pub tinted grubby brown, the sort of public house that regarded customers as an invasion of privacy. Whatever time of the day you went in, there would be the same faces, personalised tankards in hand, personalised seats, taking it personally.

Still, my dad liked it. And so here we were, twenty years after, on a cliff in Lamorna Cove. It had not changed much. There is no beach here, just large rocks that people wander over in search of a broken ankle.

We open the coffee pot and chalk our names on a stone. Mum adds a shot of whiskey for the journey. I take my dad in my hand but these ashes are damp and heavy and they almost decapitate the seagull below.

And now we are bound to this place, whatever anyone says. My Dad is here and so I will discover it again, with my own children. Down on the quay at Lamorna a man has been watching. “Now then,” he says and that sums it up. The past and present bottled up in a coffee pot on the Cornish coast. There is no better place. 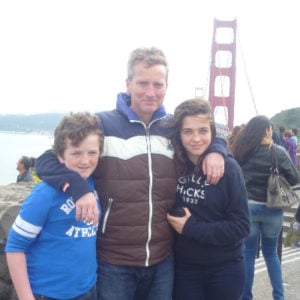