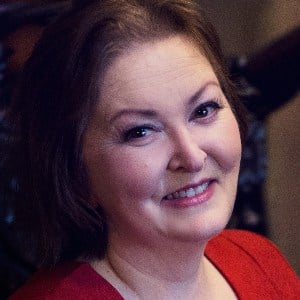 Rebecca Jenkins was born in an ancient university town, the child of a professor and a teacher-activist. Her first career was in public relations but she soon specialised in helping other people get their stories into print. She lectures and has taught writing for over twenty years. She has published several books, both fiction and non-fiction. Her interests include the British theatre, true crime, the early Olympic movement, social history and working with people with Alzheimer’s.

As a Story Terrace writer, Rebecca interviews customers and turns their life stories into books. Get to know her better: you can read an autobiographical story of her own below. Get in touch today to work with her!

In the 1970s my mother discovered self-sufficiency. One summer she decided we would go to a commune for an educational holiday on a farm outside Swindon. I was a teenager who did not know what to expect and so I chewed my hair and sulked.

We lived in the suburbs. I had never been in a house before where there was so little difference between inside and out. The red quarry tiles on the floor were drifted in mud. In a passage behind the kitchen there was a woman holding a goat on a rope. My house-proud mother did not even flinch.

The goat lady was called something like ‘Sonia’ and she was monumental with large white limbs sufficient to pull carts or swing axes. Sonia was unshakeably sunny and welcoming which made me squirm because I had no desire to be welcome among such odd people.

Sonia led me to the barn and there among the bales of hay was a little white caravan.

“Girls your age like a place of their own,” she said.

I went to bed in my caravan in the barn. I had achieved splendid independence but I was also alone. The barn roof had holes in it and air hummed through the loose plastic high above. I rolled myself in my sleeping bag on the thin mattress and turned off the torch that was my only light. Within seconds there was a tap, tap in the plywood wall beside my head. I sprang up. Mice! Creepy-crawlies! Something that might run at me or bite me!

The minutes ticked by until I tried to sleep again. I had no alternative. I could not run back to the house like a child.

There was definitely something in the wall.

I spoke loud bravura words telling the hidden threat I was not afraid. As I lay in the dark surrounded by unfamiliar noises, I imagined a class of tap-dancing mice. There was a distinct tap-tap at the beginning, as if a miniature dancing master called the class to order. As the rustling and tapping continued I imagined an earnest little mouse-dancer who kept missing the beat. Eventually I slept.

I learnt two things from that night: 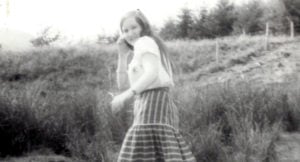