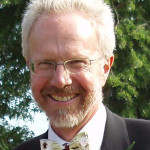 Phil was awarded an MA in Professional Writing at University College Falmouth in 2009. In September 2016 The History Press published his book, War on Wheels, telling the story of the thousands of ordinary men and women who together worked to mechanise the British Army in WW2. In December 2016, Story Terrace published the book he wrote in collaboration with Phil Jeffs, the son of the sole survivor of the crash in WW2 of The MacRobert’s Reply. He has just completed Ordnance, a prequel on WW1, which was published in June 2018. He also writes regularly on contemporary issues for a number of periodicals. He has been writing for fifteen years, having spent much of his career in professional services and the not for profit sector. Follow this link to his Amazon author page http://amzn.to/2yaWPva

As a Story Terrace writer, Phil interviews customers and turns their life stories into books. Get to know him better: you can read an autobiographical story of his own below. Get in touch today to work with him!

I’d never given them much thought. Thick, heavy books stored in the Kuwaiti chest. When Mum died, I put them in plastic boxes and stored them in the loft.

It was all the stuff of childhood. The cold November wind whipping across the Remembrance Sunday parade ground followed by the roaring fire of the Officers Mess and my sister and me relegated to the billiard room. “Don’t touch anything.” I couldn’t; I wasn’t that tall.

Then the funeral, my Dad’s. The excitement of the so many soldiers and a gun carriage for the coffin. The young officer who would carry his sword; even I knew he was young, although I was but a child. My uncle wanting a bit of peace and quiet in the garden. Me, just in a daze of grownups. Mum, so brave, so proud, so controlled – so stiff upper lip.

Last year I went back into the loft and brought the plastic boxes down. I took out the albums, scrap books really, and opened them, one by one. The man I found inside, my Dad, was different. He was forty, not seventy and was Bill Williams, not Major-General Sir Leslie. I was meeting him for the first time. I knew he’d been important in the war and I knew that I’d always been disappointed because his name was never in any of the books I’d read. But I never really knew what he’d done and it was amazing.

The first album had page after page of newspaper cuttings all about Chilwell, the depot he’d set up to handle all the army’s vehicles. It was enormous. Acres of covered space with thousands of vans, lorries, tanks and motor bikes. The second had photographs and more newspaper cuttings, one about a secret underground city dug out to store countless tons of ammunition. I discovered it was later to be used as the government’s bunker had there been nuclear war. I was entranced; should all this stuff be here? Surely it was secret. There were more albums, more photos, more press cuttings this time from the USA, pictures with Hollywood actresses. Mind boggling.

I couldn’t leave it there; I had to dig more, I had to find out what the story really was. So trips to various archives, the National Archives at Kew and there he was, in the public record. Days in the Imperial War Museum reading other people’s stories.

They call it the greatest generation. I talked to one girl about her gran, who as a girl had been one of the thousands who worked in the depots. This was a time when young people were housed together probably for the first time ever. It changed them for ever, though after the war the women had to go back to staying at home.

I read accounts of those who had been prisoners of war; so much more powerful in their own words. More than moving.

It should become a book. So research into the motor industry. Another world. How so many different vehicles were produced, many by women who had never worked before. This was a time without parallel.

I sometimes wonder why Mum put the albums together. I don’t think she was the only one. I have a feeling that albums, scrap books were what people kept. I wonder if she could have dreamed where they would lead me? Actually I think I know why she did it. She was nineteen when she started working for Dad. He was forty-eight. They fell in love and I am part of the result.