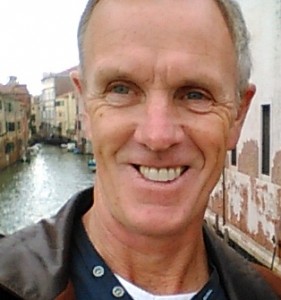 Paul enjoyed 20 years of working as a chef and manager, including five years at The Royal College of Music serving the Queen Mother, Prince Charles, Paul McCartney, Elvis Costello and other members of actual and music royalty. During this time he also ran a riding school with up to 30 horses, with his now ex-wife. Then, to fulfil a long-held ambition, and to have more time with his daughter as she grew, he went to university in Cambridge (no, the other one – Anglia Ruskin) to do what he should have done in his 20s; study English Literature and Creative Writing. As three to four concurrent jobs has always been normal, he is currently teaching Creative Writing in a prison, assistant editing an online magazine and, of course, writing for Story Terrace. In his spare time he is learning Italian – so he can visit properly and get the most out of that beautiful country with the best food in the world – and trying to organise some of his poems into a collection for publication.

As a Story Terrace writer, Paul interviews customers and turns their life stories into books. Get to know him better: you can read an autobiographical story of his own below. Get in touch today to work with him!

Many years ago, when I was much younger, I went to visit a friend at Harvard. A great time was had and I arranged to visit New York and fly back from there. So I hitchhiked. As I said, I was a lot younger and, clearly, a lot sillier. This was 1978 and New York was not the picture of peaceful, harmonious city living that it has become.

I got a lift easily enough from a couple in their 20s who drove me and talked all the way to NY. Driving through the city was an eye-opener as this was my first visit to the US. At some point we hit what I now know as the inevitable gridlock and, in my innocence and abhorrence of traffic jams, I said I’d jump out and find my way. I now realise that the looks of alarm on their faces were entirely justified, but I had arranged to meet a couple of friends at a bar in Greenwich Village and wanted to get there. So I said goodbye and got out.

Before my feet hit the pavement, one guy asked if I had any coke and another tried to sell me some. Obviously I should have paired those two up, but I should probably point out that I had grown up in the suburbs of North-West London. Nothing happened there and certainly not coke – in fact at the time I’m not even sure I knew what it was. Over the next 200 yards, I was offered and asked for an array of substances; probably drugs, but my lack of experience made that guesswork since much of the time I didn’t even understand what I was being asked for. I was, however, pretty sure I didn’t have any of whatever it was. I was also sure that, young and reluctant to upset anyone though I was, I would reject the line of scantily clad ladies calling out to me from the boarded-up shop fronts. Did I mention this was around midday? Never found out what it was like at night! Or, indeed, which part of New York I was in. I departed the area as soon as I found a subway, booked into the YMCA in Manhattan and met my friends in the bar that evening.

Now, you would think that after that sort of experience a person would get the idea that they should be careful in this place, wouldn’t you? Well, after a pleasant but long evening in the bar with a very friendly barman, who only had three English guys to serve and delighted in treating us to the joys of tequila – many times – I needed to return to the YMCA, some 15 blocks north of the bar. My friends were staying round the corner from the bar, so we said goodnight and I began walking. Quite quickly I realised that it was 2 a.m. and I was walking through the docks of New York. To the side of me I was aware of shadows moving in the doorways. At this point, I was aware also that there was no turning back, so I stuck my hand in my shoulder bag and walked with as much nonchalance as certain parts of my anatomy would allow. The shadows kept moving but so did I. I reached the YMCA, breathed a sigh of relief and went to bed.

The next morning one of the managers of the YMCA told me that the room I had slept in last night was where, two weeks earlier, someone had been murdered. I didn’t know whether to be more worried about being outside in New York or inside!

Nonetheless, I loved New York and have been back there since – and still love it!