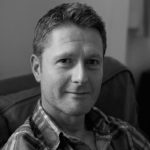 Paddy has written for the Guardian, Observer, Independent and Telegraph. He was born in the Middle East, an experience that led to an insatiable wanderlust that’s seen him live in New York and travel to destinations as far flung as Eritrea, Ethiopia and Syria. These days, with two daughters, he’s more likely to be found in Devon, working on the third in his series of conspiracy thrillers (published by Fahrenheit Press), or practising as a psychotherapist. As a counsellor, Paddy’s a great listener with a deep interest in what makes people tick.

As a Story Terrace writer, Paddy provides professional ghostwriting services to capture customers’ life stories through carefully crafted anecdotes. Below is an anecdote of his own. Get in touch today to work with him!

I’m seven years old, dressed in a blazer, shorts, shirt and tie. My mum’s at the wheel of the car, a blur of deep green, rain-soaked countryside drifting by the window. We pass a police station, its walls tall and grey and topped with razor wire. There are watch towers at every corner.

We approach the airport. I see soldiers clutching rifles. Armoured cars. We stop by a security checkpoint. A mirror on a trolley is passed under the vehicle and then my mum is given the all-clear. She navigates a chicane of concrete slabs which slow traffic to a crawl. Finally we park up and fetch my bag from the boot. I walk, feet like lead, towards the terminal building. I can see police in blue uniforms by the entrance. Perhaps they’ll halt me in my tracks. Arrest me.

I may be a little boy. I may not understand the complexities or dangers of life in Northern Ireland or why it’s safer for the son of a British army officer to go to school in England. But I don’t care. I don’t want to get on the plane. I want to stay at home. 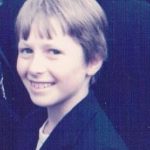