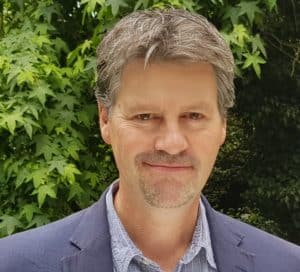 Nick has been in national journalism for more than 30 years, winning three prestigious press awards along the way. Most of his career has been spent as a reporter or feature writer on the Daily Mail and more recently, The Mail on Sunday. He’s done his share of reporting from world trouble spots, including Iraq and Afghanistan, but admits he would be more circumspect about returning to either these days. He is married with three grown-up sons and lives in Norfolk. He loves playing golf, albeit badly, as well as decent wine and the buzz of good gossip.

The One That Got Away

I’ve heard and written many people’s stories during my time as a journalist, but there’s one that, for the most part, has eluded me: my father’s.

He died when I was aged 14 and I only ever heard a censored, child-friendly version of the experiences he had to relate. A textbook, taciturn Yorkshireman, a career policeman with the old West Riding Constabulary, he volunteered for the RAF at the outbreak of World War II and joined Bomber Command as a navigator on Lancasters.

In 1944, about a fortnight after D-Day, his aircraft was shot down over Holland, killing two of the eight-strong crew in the crash. Of the six survivors, three were captured and sent to POW camps, while Flying Officer Jack Craven and two others were sheltered by the Dutch Resistance.

That much I knew, along with a story we, even as kids, thought was probably a bit fanciful. The way my dad told it, he and a group of fugitive Allied aircrew were being hidden in an underground hide deep inside a forest when word came that the Germans were moving in to search the entire area.

One of their Dutch comrades had the idea to send the town’s fire engine out to the spot, with spare firemen’s uniforms for the aircrew to wear. Having done so, the bell was sounded and the vehicle proceeded at full speed past one checkpoint after another, waved through without question by German soldiers.

My father survived being moved from barn to apple loft to cellar for eight months – during which time my mother, Mary, to whom he had not even been married a year when he went missing, was declared a war widow. Eventually, my father and a few others were able to steal a boat and make it across the Rhine to where the Canadian forces were advancing towards Germany.

The edited version was an account of heroic derring-do, pitched at a young boy’s understanding, but as I grew into adulthood, I longed to speak to him as an equal and drill deeper into what he felt during those long, fearful months of incarceration. I imagined us in the pub over a pint as he at last shared the details that had previously been excised.

It was only decades later, long after his death, that I heard something that coloured my father’s Buchanseque tale in a much darker shade. Through a very circuitous route I was contacted by the relative of the youngest member of the crew of No. 50 Squadron’s ill-fated flight, call-sign LL840.

Flight Sgt Kenneth Ingram belonged, so I believed, to the lucky trio that included my father and had evaded capture. But it turned out the 21-year-old flight engineer never made it home. He was found in his hiding place, along with an American airman and six Dutch Resistance fighters, three months after the crash.

The eight men were summarily executed by the Gestapo and their bodies put on public display for several days as a warning to the civilian inhabitants of the very village where my father was still hiding.

What terror of discovery must have plagued him and his Dutch Resistance hosts in the face of such a pitiless German reprisal? Did he believe he would ever see his wife or his country again? I will never know because, sadly, we never got the chance to make that man-to-man conversation a reality.

One thing, though, did make me smile when I started delving anew into some of the painstaking research conducted by Dutch amateur historians. That yarn we thought he’d spun about the RAF chaps clinging onto a speeding fire engine as it flew through German checkpoints?

It happened exactly the way he told us. 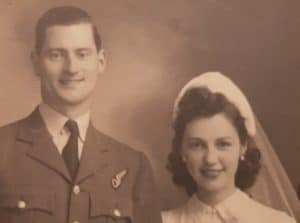