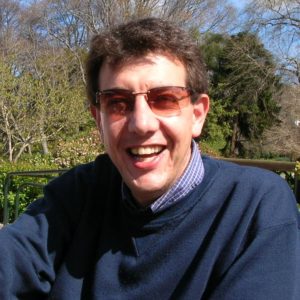 Neil was born in London in 1971. He has published five true crime non-fiction books with publishers including Random House, and writes for several national newspapers and websites. Neil is a member of the National Union of Journalists as well as the Crime Writers’ Association. He has also worked as a freelance English teacher for some years, and has worked abroad in several countries. He lives in London, spending time with his girlfriend Tracy and her daughter Shana. He enjoys meeting people from all backgrounds, reading, watching films and swimming (but doesn’t do that enough).

As a Story Terrace writer, Neil interviews customers and turns their life stories into books. Get to know him better: you can read an autobiographical story of his own below. Get in touch today to work with him!

Some say that what doesn’t kill you makes you stronger, but I can also say that cold weather makes you feel smaller. There I was, fifteen years old, wet-behind-the-ears and about to get even wetter, although I thought I knew everything and could handle any situation. But this was no mythic fall from grace – I was no Icarus who flew too close to the sun. I was bookish, quietly confident, and if truth be told a little insecure about my looks, like many teenagers.

The whole school was there – most of the boys and girls in the school, including Jane, a girl in my year who I really fancied, but was either playing hard-to-get, or not noticing me at all in that way. This could be my chance to shed my bookish image, create a new persona – the only sport I was ever any good at was swimming, and this was the school swimming gala.

When the whistle blew I was all ready for action – my dive and turn had been practiced with the team coach. I was representing my school ‘house’ outwardly, but inside I was representing myself to Jane. The dive went well and I was in – it was only two lengths and the first strokes seemed so natural. As my ear came out of the water and I breathed, I could hear the cheers for all four swimmers.

But then I had a moment of shock, although I had no time to dwell on it. Caught in the moment, the fact that my red swimming trunks were around my knees was mortifying, but could have been worse on dry land. Within half a length, my trunks were at my ankles, and within a few more metres kicked off. But I kept going, and by the time I made my turn at the end of the first length, I could hear the laughter. Stroke after stroke, all I could think was that Jane was seeing more of me than I wanted to show her, and probably more than she wanted to see too.

I got to the end and heard the cheers, spying two of my friends laughing in the front row. I didn’t even dare to look for Jane. My trunks were fished out by the Head of PE with a pole, and I was able to get them back on before climbing out to let the relay teams assemble. My defence in the next weeks was that it was a cold day for June, but that was no defence at all really. I never did get to go out with Jane. But in the end I was just pleased that I’d been swimming the front crawl and not back stroke. It could have been worse, and it was a small mercy.