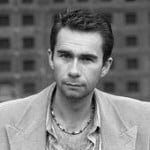 Neil grew up as an actor, but very quickly discovered his desire to breathe new life into tired stories through writing, so he packed up his bindle and went to film-school (two years at Bournemouth, three at Farnham) where he worked on almost a hundred short and low-budget feature films. He’s never been able to escape his love of theatre, literature, or adventure, and has so far – in just 42 fast-lived years – accumulated enough hands-on experience to last him two or three lives! He’s written for film, theatre and radio (running Liverpool Playwrights from 2003-2007) and been nominated for a Manchester Evening News Theatre Award twice. He gave up believing in fortune-tellers when not one of the dozen he’d consulted over the years managed to foresee that he’d marry an Irish girl and father identical twin girls – all with blue eyes! “It’s much better to believe that we’re each the author of our own destinies,” he now feels.

As a Story Terrace writer, Neil interviews customers and turns their life stories into books. Get to know him better: you can read an autobiographical story of his own below. Get in touch today to work with him!

A Drowning at Noon

THE WATER GRABBED ME–
pulled me low,
by the ankle first,
then the arms –
then my head started to loll like a drunken scarecrow as the slate-grey water thrashed, smashed and crashed into my ruckled, buckled face.
I made windmills with my arms –
At least, that’s how they started off, but after ten minutes they were just flopping feebly through the void – plenty of wind, but very little milling.
Doggy-paddle now –
little spastic jerks of limbs – that’s what I became resigned to as the invisible currents punched knuckle-first through my mint-green Le Shark tee-shirt and into my stomach.
How much stamina does a thirteen year old have? How much fight?
Not enough!

It was mum who’d suggested it: “When it’s cold, the sea’s warmer,” she’d said with the rustic acumen of a matryoshka doll. Well, it was cold alright – the beginning of the season – which is how we’d been able to afford this ‘treat’. From space, the campsite in Cap d’Agde resembled a trash can tipped on its side, Godzilla’s leftover lunch, littered with squat caravans that sat like bags of flour on tires that hadn’t turned since Jaws was emptying beaches around the world.
How far out am I, I wondered. Half a mile? Two miles? Five? Would I ever stand on land again? Was such a distance even swimmable against the wind and waves that smashed against my wearying head, coaxing and dragging me further away from land and the warm, cardigan arms of my mother’s comforting embrace?

Lifting my head, I saw, over the racing spines of the Peter Benchley sea, a threadbare plaster of yellow tacked onto the dark horizon – it was the beach. It see-sawed left and right as if two obstreperous demons were playing on it, seeing who could push themselves the highest.
If only I could keep from swallowing the water – if only – but without the energy to keep my head upright, how could I avoid it? The pattern of its bullying punches didn’t mirror the few gasps of air I was able to steal between them, and each southpaw wave that lashed into my face could only be met with a cough, and each cough invited an additional barrage of vicious, bantamweight punches. Eventually, under this twelfth round-mauling, my nose exploded with snotty pressure, and a scream – my first discernible expression of dread – bubbled out from my burning, exasperated lungs.
Death, I knew, was hidden in the next wave…