H ow much do you really know about your parents & grandparents? Do you ever wish you had a record of their lives before you were born?

Dominic Clark had fond memories of his glamorous grandmother and lively grandfather. He knew they met in the aftermath of World War II – Stanley a British soldier, Anneliese a young German girl.

As the family story went, Stanley was lovestruck when he came across Anneliese emerging from a dip in the river near a German village. But details of their life story were thin on the ground.

That all changed when Dominic turned 40. In secret, his wife Jenn had been working with family biographers Story Terrace, to create a beautiful memoir that captured Stanley & Anneliese’s story in glorious detail. The book drew upon old photos, interviews with family members, tape recordings and more. Dominic called it “my best birthday present ever”. 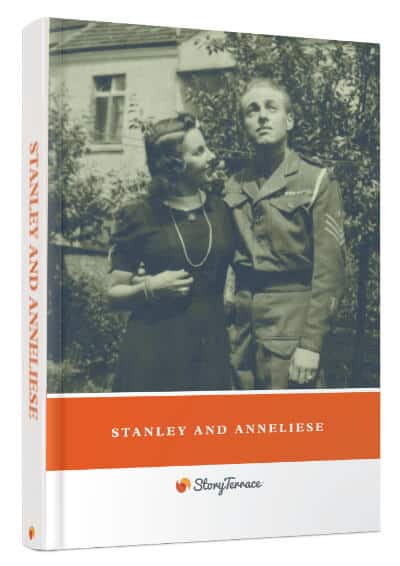 The book Jenn presented to her husband on his 40th Birthday

Jenn said “As a gift for my Husband’s 40th, I wanted to give him something to treasure and the story of his grandparents is such a wonderful one – I wanted to immortalise it.”

The book, titled ‘Stanley and Anneliese’ is the story of a German woman and a British soldier falling in love and living a happy life together well into their later years, leaving behind two daughters and plenty of grandchildren to tell their story.

Here’s what Dominic found out:

Anneliese Modrow was born in Magdeburg, Germany, 1922. She lived a happy childhood with loving parents and a nice Catholic school to attend. Everything changed however, when suddenly her morning hymns were replaced by Nazi salutes and all her friends had to join Hitler Youth. During the war, Anneliese was forced to leave Magdeburg, which, after Dresden and Cologne was the most heavily bombed city in Germany. Her fiancé, a dashing German pilot, was killed in 1944, shot down during combat. It seemed as if the war would never end. 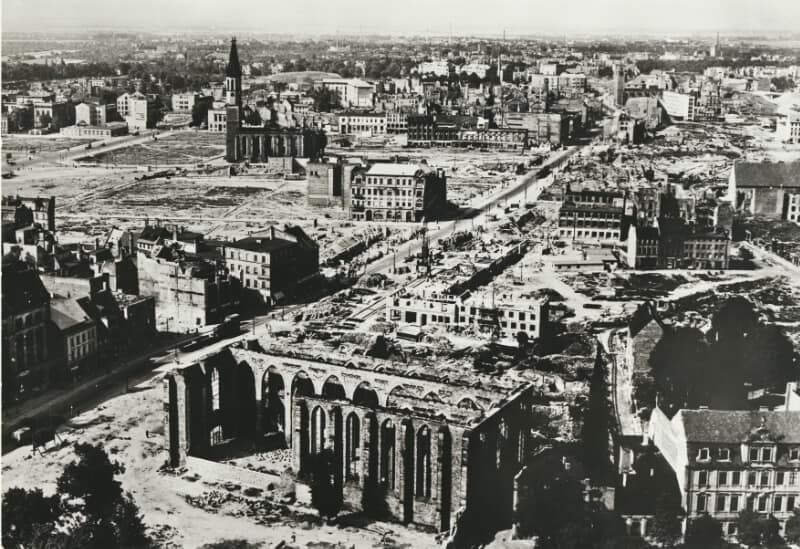 Magdeburg was devastated during the war

Growing up in England in the 1920s, Stanley Green had a happy childhood filled with fond memories of his family. He did well in school which led him to a job at Debenhams while rumours of war hovered just over the horizon. When World War Two eventually broke out, Stanley left his job temporarily to join the RAF Volunteer reserve at just 15 years old. When he was old enough, he was shipped off and went to Syria and then Italy, often scouting behind enemy lines— until he eventually ended up in Germany during the liberation. 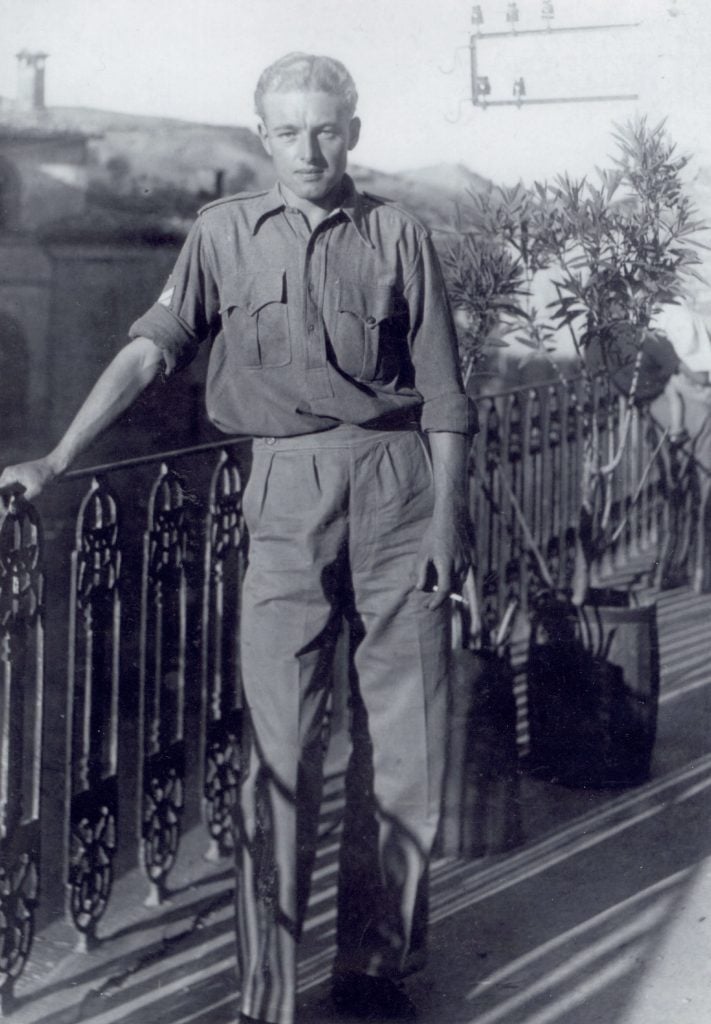 Stanley in Italy during WWI

During the war, it seemed as if there was no light at the end of the tunnel. But on one fateful day by the side of the Rhine River, fate nudged these two together and changed both of their lives forever. It was love at first sight when the young British officer, Stanley, approached Anneliese while she was enjoying her day by the river. The pair quickly became infatuated and it was clear they couldn’t be parted. From that day forward, they did everything in their power to stay together, eventually marrying and moving to England. 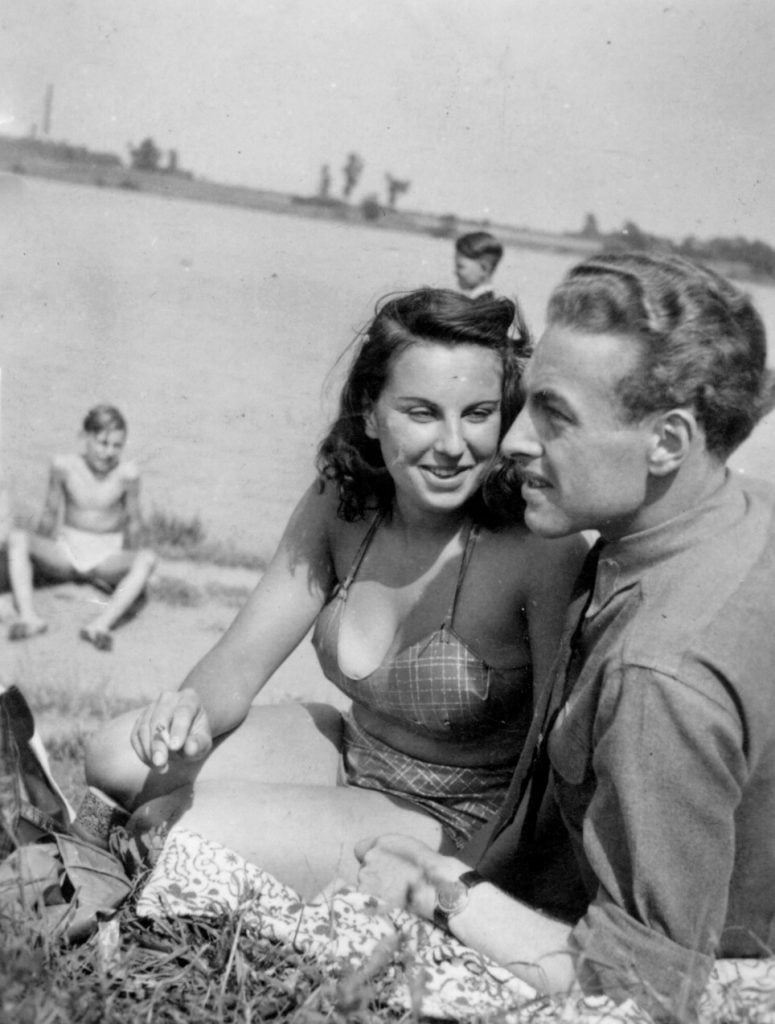 The move wasn’t without its challenges – Anneliese had to make a wrenching decision to leave behind her parents in post-war Germany, making a daring journey across dangerous terrain to find Stanley in Bonn. When she got there, they became engaged – only to be told that German and English citizens could not be married. Eventually, they made it back to Britain, where they became Mr & Mrs Greene.

F rom there, the story Dominic knew begins – the couple began their family, and Stanley set up his successful fashion business in London.

“The sheer scale of their life does blow me away,” says Dominic, interviewed by the Telegraph about the book. “They were wonderful grandparents. When you read everything they went through, I understand how much they made the most of their lives. I hadn’t realised what a deep love story theirs was.” 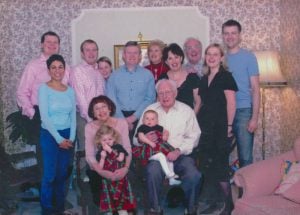 The family together at Christmas

How much do you really know about your parents & grandparents? September 30th, 2016Theo Brainin