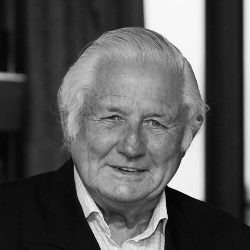 A retired army officer and well-travelled, much-published writer who can also strum a ukulele and recite poetry, Mike is a confident and amusing public speaker who enjoys reading, writing and classical music, history, geography, the Antiques Roadshow and a good wine, while also being one of the few blokes in England who doesn’t play golf or follow football. He has been described as a joyous man with some wicked ways, a ‘people person’ possessing lashings of sympatico and empathy.

As a Story Terrace writer, Mike interviews customers and turns their life stories into books. Get to know him better: you can read an autobiographical story of his own below. Get in touch today to work with him!

Why I became a soldier

It was one summer lunchtime during the height of the Second World War when I found myself not being mugged, raped or abducted, but machine-gunned by one of the Fatherland’s merciless 19-year-old pilots.

Unaware of the Focke-Wulf’s terrifying pedigree, I was just a tiddly kid and simply threw myself down in the road, clawing at the gravel while this particular Fw190 came screaming out of the sun hammering cannon at me as though I was an armoured troop column instead of a care-free British toddler strolling home from kindergarten for his Spam sandwich lunch.

The black-crossed enemy fighter-bomber’s 13 mm shells ricocheted along the road, sending shards of flint whining through tree-bark, foliage, nearby front doors and windows. Their discarded brass cases clanged and bounced along the pavement. Various splinters of stuff purred, whanged and whacked into my face. It didn’t take long. Having shot me up, the raider surged over the roof of Doctor Lonsdale’s house at the bottom of the road, dislodging a flurry of tiles that slithered swiftly to smash into the guttering, banked to climb steeply into the wide blue yonder, and made off back towards the English Channel.

The roar of the Fw190 screaming out of the sky had brought my heavily pregnant mother tearing out of our front gate 50 yards away: ‘Lie down Michael; lie down. Lie down; lie DOWN,’ she screamed, frantically clenching her pinny with one hand while wrenching her hair with the other.

The Luftwaffe pilot having departed, smothered in gore and chippings I prised myself loose from the molten tarmac like a homunculus emerging from a black swamp.

Mother screeched down the road, skidded-in on her gravel-rashed knees and clutched me desperately to her bosom. Thank God she wasn’t wearing her one and only pair of nylons, which like my hitherto pristine grey nether wear were going to have to last till the end of the war.

‘Oh Michael . . .’ she cried, shaking me with combined anguish and relief: ‘I thought I told you to be more careful. Just look, you’ve gone and got tar all over your lovely new shorts.’