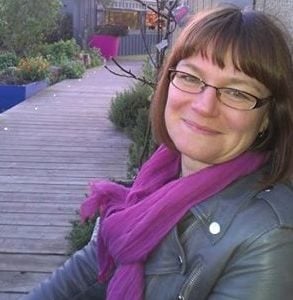 Megan fairly recently moved from the beating heart of the beast that is London to the strange and beautiful land of Scotland, and the gorgeous, civilised city of Edinburgh. She was a features writer and then editor on national women’s weeklies for nine years, having started out in local journalism, and is now a freelance journalist and digital content writer. She worked a long time in real life stories, and has heard and retold hundreds, even thousands, of shocking tales of the horrible things people do to each other. Yet she still likes people. She also likes reading, Scandinavian crime fiction and playing badminton.

As a Story Terrace writer, Megan provides professional ghostwriting services to capture customers’ life stories through carefully crafted anecdotes. Below is an anecdote of her own. Get in touch today to work with her!

“Can you smell smoke?” I asked my friend Hayley. It must have been evening; the only time we saw each other between our jobs as a chambermaid (Hayley) and a cleaner and cook (me). There were scrabbling noises too, but we were used to noises. The door to our rooming house in Perth, Western Australia, didn’t lock, and young, foreign men regularly traipsed to and from our fridge, fetching the flowers they sold in local nightclubs. Not much room for food in the fridge, but we didn’t cook much anyway.

Those men – boys really – used the front stairs. But the noises were coming from the back. As I peered out of our room there was a roar and a blur as Martin, a big, blond chef from Birmingham, flung himself down the corridor to the stairs. I just had time to see a small, aboriginal girl of 16 or 17 crouching over something smoking before he obliterated her from view, his huge bulk kicking and punching her down the stairs.

Without thinking I flung myself on his back, adding my yells to her screams and his shouts. She scrambled away and Hayley was behind us, chucking a pan of water over everything. The fire had been tiny; the girl too. His rage and willingness to take it out on someone not his own size were shocking to me and made me contemptuous, almost pitying.

He ended up crying with me in his room, big shoulders shaking, as he choked out his incoherent story of loss and loneliness. There was some reason he couldn’t go home, debt maybe. He hated his itinerant life in exile in Oz. Probably he and the girl, both strays, had more in common than he would have thought. I felt I learned something that surreal night: violent bullies were really just sad, lost children. 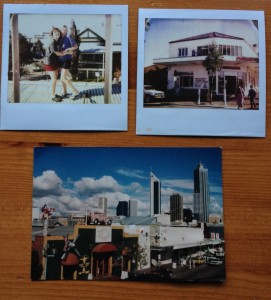