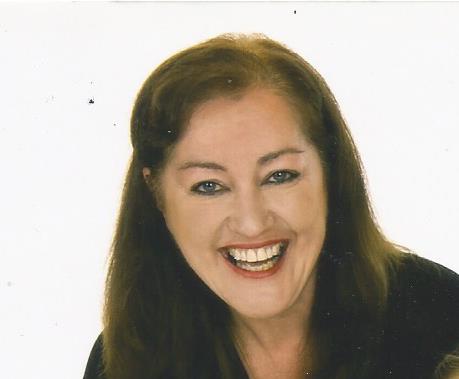 After training as a journalist on local newspapers in Birmingham, Mary Gold moved to London where she spent five years at the Daily Telegraph and 17 years at The Times as a writer and editor. She gave up her career in the capital in 2007 to raise her baby daughter, adopted from an orphanage in Russia. Mary still writes extensively for newspapers and magazines about family dilemmas, women’s issues, adoption and human interest stories. She has written several life stories for friends and family, often to commemorate milestone birthdays and wedding anniversaries.
She lives near Canterbury, Kent.

As a Story Terrace writer, Mary interviews customers and turns their life stories into books. Get to know her better by reading her autobiographical anecdote below.

With Love From Me to Hugh

My friend Hugh was knocked down by a car recently (don’t worry, this is a happy story) and I found myself at his bedside in hospital, talking to his nephew, James. “He’ll be fine”, I said. “He used to play for Tottenham Hotspur remember and he’s always been really fit because of his National Service in Korea.”

“Spurs?”, said James, in amazement. “Korea! He was a soldier and he played for Spurs?” He was astonished. Why had his uncle never mentioned this? What was even odder, I thought, was that James had never asked his uncle about his life before golf and pottering around in the garden, or about his life at all really. My friend was just “Uncle Hugh”, that nice old buffer who liked a glass of claret and now spent much of his time just watching football on TV rather than being penalty champion, as he was in 1960.

Many of the most ordinary-seeming people have often led the most extraordinary lives. I have discovered this many times when chatting to strangers on trains, the hairdresser, people in the doctor’s waiting room. Even my own mother was in her nineties before she told me that she had been engaged to a Canadian airman during the war before she met my dashingly handsome father and broke it off.

But I suppose you’re wondering about my friend Hugh… Well I’m delighted to tell you that he made a full recovery from his injuries, as I knew he would, and he now has his own life story book, with lovely photos of him in football kit and in military uniform – written by me.

Get in touch today to work with Mary!