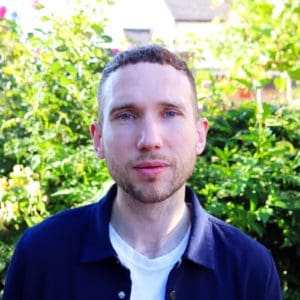 Liam is an experienced journalist, writer and researcher. He has written for national newspapers, magazines and literary journals, and was named Travel Writer of the Year by the Independent in 2015. Liam has written profiles of famous footballers, politicians and artists, but has a particular passion for telling the stories of everyday life – for extracting the rich narratives which reside in all of us.

The front garden of my childhood had an unusual capacity for transformation, for becoming whatever my three sisters and I wanted it to be. It was only a small, neglected patch of grass, but we lived in a quiet cul-de-sac and considered the road beyond the hedge our territory. When we were young, the garden disappeared beneath our imaginations, the patchy turf morphing into the yellow prairies of the West, these four tiny cowboys and Indians chasing each other in hysterics, barely able to breathe from the giggling. As we got older, these fantasies were overwhelmed by the obsessions of teenage life, but the garden was still a place where we could both be together and become something else, where we imagined the futures that felt just out of reach.

We were sporty kids and our games turned into competitions as we matured; these battles waged in front of imaginary crowds. It wasn’t exactly centre court but during the school holidays we treated the garden like it was Wimbledon, knocking tennis balls over the wonky hedge. The lawn was riddled with divots and the ball veered off wildly whenever it bounced, but the hedge was the right height and we needed something to fill the shimmering expanse of those summers. Only two of us could play at one time, so the others waited patiently for their turn, getting on their hands and knees to retrieve the ball whenever it squirmed under the cars parked on the street.

Our neighbour had a vintage convertible he spent every Sunday meticulously cleaning with a sponge and rag. In the heat of the day it shone like a precious stone against the mundane suburban concrete. We tried desperately to avoid hitting the ball anywhere near it, but we were never very good, and there was always a moment when the match was on a knife edge, when the ball sat up just right, when you lost all restraint. I can still see it screaming towards the emerald bonnet, that moment of panic, looking at my sisters and realising they had already started to run.

I don’t really play tennis anymore, but occasionally when spring has transformed into the hazy nights of summer, I might pick up a racket and head to the park to hit a few balls, and that’s when the memories of those games reappear, games that continued into the semi-darkness of dusk, games that stopped only briefly when Mum called us in for tea, games that go on even now, the players tired but happy, not quite ready for bed, serving one more time in the waning light of memory. 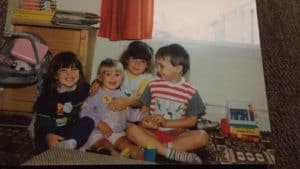