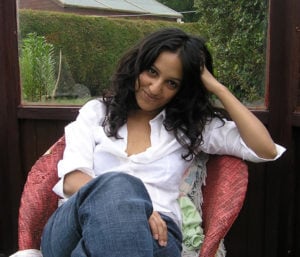 Kiran Sidhu is a British-Asian female pop philosopher, chronicling life. She is a freelance writer and a journalist for the Guardian, I Paper and the Telegraph, to name a few. She has written a number of articles that have gone viral and sparked international debate, the most notable being, ‘A dirty secret called grief’ and ‘Why I’ll be spending my golden years with my golden girls’, both written for the Guardian. She has made a number of appearances on radio to discuss the taboo subject of grief. Kiran has just written her debut novel, The Waiting Room.

As a Story Terrace writer, Kiran interviews customers and turns their life stories into books. Get to know her better: you can read an autobiographical story of her own below. Get in touch today to work with her!

The Death of my Mother

No one told me about the physical pain I would feel from losing my mother. The umbilical cord that connected me to my mum has been brutally severed and the world as I knew it is no more. It has become a veritable jungle that I must try to navigate and find shelter, but there is no map and I’m without a compass.

I can pinpoint exactly when my mother died in hospital from cancer. I sensed it before I was told. It was 1am on Christmas Eve. I was in excruciating, unfathomable pain that made me howl like an animal. The pain was so intense I felt like running into the road and getting hit by a car to release me from it. I knew what it was when the phone rang half hour later – confirming my guttural reaction: my mother had died. Like the pain she felt with me entering the world, I felt the pain of her leaving it. Such is the bond between the mother and her child.

The rest of Christmas Eve was spent trying to sort out all kinds of formalities that must be dealt with when a person dies: collecting paperwork from the hospital, the death certificate from the town hall and contacting funeral directors. All these tasks that one must perform seem cruel and inappropriate when you have just been brought to your knees.

But death is a formality with rules that must be adhered to. If you’re going to leave this world, you need a lot of paperwork to make your exit. It’s your passport to the next world.

So Christmas Eve was spent collecting bits of paper that confirmed my mother had really died. I walked the streets feeling that my life had suddenly gone into slow motion and the rest of the world that was frantically doing their Christmas shopping was running out of sync with my world. I didn’t understand how the town hall clock could strike midday, how people could still wish each other a ‘merry Christmas’ and how the traffic lights could carry on changing. My mother had just died and the usual applications and rules to life felt inappropriate and obtuse. My mother had just died and the world carried on as if nothing had changed. 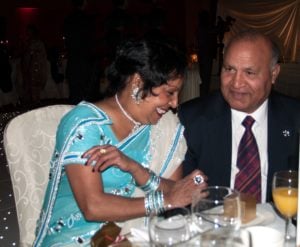