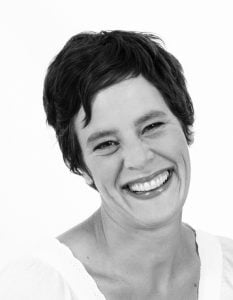 Kerrin Cocks ghostwrote Mzee Ali: The Biography of an African Slave-raider Turned Askari and Scout and co-authored I won’t be home next Summer about a wartime pilot. As an experienced traveller with an ear for a good story, Kerrin has written for the South African magazine Noseweek and keeps a regular blog about the trials, tribulations and sensitivities of being a modern-day mum.

As a Story Terrace writer, Kerrin interviews customers and turns their life stories into books. Get to know her better: you can read an autobiographical story of her own below. Get in touch today to work with her!

A Week Before Christmas

Almost six years ago I became restless and unhappy.

This is the antithesis of me. I laugh a lot and I had stopped laughing. I have a big smile and I had stopped smiling. And I felt enormously guilty. I had everything. Perfect husband, a close relationship with my family, a small close circle of friends, the perfect job, a lovely home and yet I couldn’t get one thought out of my head: is this it?

After a while of this torture, in a flash, just like that, I realised what it was: I had the capacity in my life for more, and that more was children.

We met our little boy on a Wednesday afternoon. I cried as I held him in my arms and he laughed and smiled and gurgled as though he’d known me his entire four months. He chose us that day and we chose him.

Although I was mad about him and drank him in at every possible moment it took time for the feeling that I was looking after someone else’s child to go away.

A little while ago I found myself, quite seriously, explaining to my husband why he was going to be tall. Mid-explanation I realised that his height and physical characteristics would never have anything to do with us.

But in every other way, he is our child and we could not love him more if he was biologically ours. In fact we believe we love him more because we chose each other on that beautiful Wednesday afternoon, a week before Christmas.