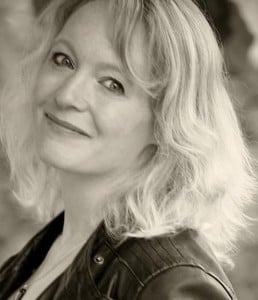 Originally from the North West and now living in the South East, Jools is the recipient of an Arts Council award, The Writer in Residence for Talliston House and a writer for the Society of Children’s Book Writers and Illustrators. She writes stories, short and long, for adults and children. One of her short stories was published by Walker books and another won the Wasafari International Life Writing prize. She has an MA in Creative Writing from Birkbeck and has been working as a ghost writer for several years. She has written three novels for children, two Young Adult and one Middle Grade, and a novel based on the life of her nan in Manchester at the turn of the last century. She has performed her short stories in London and local spoken word events. Jools used to be a teacher, and now works in a historic house and continues to adventure with She Who Dares, a group of ordinary women doing extraordinary things.

As a Story Terrace writer, Julie interviews customers and turns their life stories into books. Get to know her better: you can read an autobiographical story of her own below. Get in touch today to work with her!

Sand Between the Toes

We didn’t own a car when I was little, so when my Uncle John pulled up in his new red Escort and we all piled in, I knew it was going to be a special day. I knew this with the surety of a three year old whose life experience had stretched only to the trampoline at the local playgroup (a heady day supplemented by squash and Jammie Dodgers). Four of us piled into the back; my mum, my uncle’s girlfriend (a glamorous make-up artist that worked for Granada news who I was named after), me and my uncle’s flea-ridden dog, Bacon. Dad sat in the front.

It was a long, hot journey. My head was stuffed under Mum’s right armpit and Bacon had his nose up my new shorts. He smelled like bacon too. Finally the car stopped and, without the invention of child locks to stop me, I swung the door open and burst forth onto the promenade, climbed over a low wall and legged it down to the sea in my knee high white socks and best red leather sandals, Bacon close behind. We charged feet first into the Welsh surf. I didn’t stop to take off my sandals; the buckles were a bit tricky.

The rest of our holiday was coloured by that first experience. My uncle bought me a straw cowboy hat and I wore it proudly as we engaged in a kick about next to the caravan. Dad missed the ball and sprained his ankle. He hobbled to the sea to soak it in salt water and came back with third degree sunburn on his shins. Mum hadn’t brought any bedding so he lay agonising under a scratchy blanket in the caravan while I was taken back to the beach for a sandal-free paddle. I’ve loved the sea ever since, and am the only member of my family that can swim. 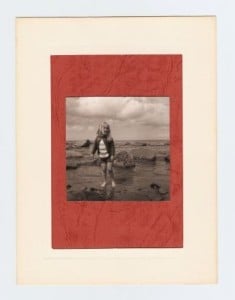