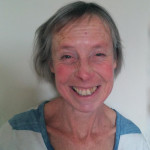 I’m a freelance writer and editor, working from home in Derbyshire. As well as writing biography and ghosting other people’s memoirs, I write or edit feature articles for various journals and help overseas students with their English. For 15 years I’ve been an associate of Plain Language Commission, which is all about making documents clear and easy to read. Before that, I gained an MA and a diploma in careers guidance and worked as a careers adviser. When I’m not writing or looking after the family and assorted animals, I’m usually out walking in the Peak District.

As a Story Terrace writer, Judy interviews customers and turns their life stories into books. Get to know her better: you can read an autobiographical story of her own below. Get in touch today to work with her!

The donkey was part of the storybook of their childhood. So were all the other animals who shared our home. Having been brought up on farmyard tales followed rapidly by Beatrix Potter, the Wind in the Willows, the Jungle Book, Narnia and countless other stories where animals and humans shared each other’s adventures, both our children happily made friends with whatever real-life animals came to the garden. They soon found that even though their pets didn’t talk English, they had their own ways of arguing with you or getting you to treat them properly.

Especially the two donkeys. They had arrived together from a donkey sanctuary, and no way was one going to do anything without the other. If one needed the farrier, the other came to inspect the hoof trimmings. If one wanted his ears rubbed, you were presented with four ears. Taking either child for a ride involved a procession.

The cats, on the other hand, refused to do anything together. They came from the local cat sanctuary and only tolerated sharing the kitchen on account of the stove in the middle. They did eat the same brand of cat food, but only by stealing it off each other’s dish.

Nearly all our animals were fostered or rescued or meant to be living out their last days in peace. The last days sometimes went on for years – there was a cat in her 20s, a blind rabbit and a 42-year-old pony at one point. But sometimes they didn’t get a chance, like the 11 retired hens who disappeared one lunchtime soon after a neighbour sighted fox cubs in the wood. And sometimes they weren’t at all grateful for being rescued, like the dozen-or-so spiders that my daughter re-homed in her shoe box or the snails she kept in her brother’s tipper truck.

Each, however, had its own story. And the children endowed them with more stories. The stories became less fanciful and more realistic as fantasy gave way to nature study. But looking after creatures led to caring for them, and caring led to understanding, and understanding fed the imagination, and imagination meant fun.