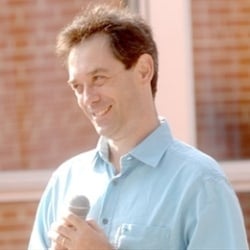 Johnny is a highly experienced author and journalist who has written or co-written 17 published books under his own name. He has also ghostwritten for everyone from Prince Charles to a celebrity Thai chef. An ex-Times obituarist, he is equally at home capturing the essence of a person’s life and character in a few paragraphs or writing an 80,000 word biography. His specialities include popular history, food and sport, but people and their life stories are what really float his boat.

As a Story Terrace writer, Johnny interviews customers and turns their life stories into books. Get to know him better: you can read an autobiographical story of his own below. Get in touch today to work with him!

When I left university, I had a complex about not knowing much about the ‘real world’. So I decided to spend a year shutting myself up in a metal box with random members of the public. I became a minicab driver, based in Camden.

This was an interesting experience on many levels. First, there was the challenge of getting on with folk from all walks of life, at least to the extent that they didn’t rob or kill you. Then there was developing an informed theory of how nice people were. I discovered that the graph was symmetrical: of out of a hundred ‘fares’, I’d really like ten, ten would be pretty unpleasant, and the other eighty would lie somewhere on the decent/quite interesting scale. There would be one you’d be positively scared of and one you wouldn’t mind marrying or giving a kidney.

The demographics of tipping were also fascinating. The most generous punters were salt-of-the-earth Cockney types. One particularly stands out in my memory. He pitched up at the office one day and asked me to take him and his family to Islington. When everyone had buckled up, he said “Do you think you’re a good judge of character?” Not bad, I replied. “Do you want to take part in a little experiment?” he asked. Why not, I nodded. “OK”, he said, “The fare’s about ten quid, right? So I’m going to put a note under my shoe. It could be a fiver or it could be a score. When we get to the other end, I’ll pay you the tenner if you like, or you can take a gamble on whatever’s under my foot. It’s up to you”.

I looked into the rear view mirror and saw the man’s wife and adolescent son rolling their eyes. Clearly he did this routine a lot. But they didn’t look oppressed. As we sped along the back streets, I tried to read the father’s mind. Was he trying to teach his son that life is cruel and people aren’t to be trusted? Or was it the opposite? There was an atmosphere of affection between the trio that inclined me towards the latter.

By the time we pulled up, I’d made up my mind. “I’ll take whatever’s under your shoe please”, I announced. With great theatricality, he pulled out – dah dah – a twenty. He couldn’t have been more delighted.