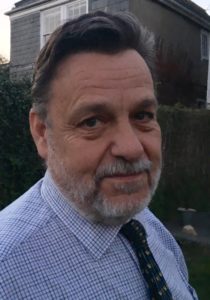 There are very few subject areas that John hasn’t written about in a career that goes back to the early 1970s. Starting out as a general assignment newspaper reporter, he went on to specialize in covering white collar and organized crime. Moving to New York City in the early 1980s, he served as the Editor of the Economic Affairs Department at the Dun & Bradstreet Co., before moving on to a variety of senior communications positions with various investment banks in New York, London and the Middle East. In 2009, he served a temporary assignment as the speechwriter for the US Ambassador to the UK. He currently writes for several London-based magazines that concentrate on investment banking and capital markets.

The Old Man and the Sea

Most young boys dream of growing up to be football players or rock stars. I spent my youth wanting to be a writer. More specifically, I wanted to be Ernest Hemingway.
By the time I was 14, I had read every novel, every short story, and every newspaper article he had ever written. I didn’t stop there. I read his biographies and his wives’ biographies. I had become totally obsessed and consumed by all things Hemingway.

It wasn’t just his writing that exerted a magnetic pull on me. His lifestyle worked its magic as well. He was the consummate outdoorsman, particularly adept with a fishing rod in his hand, whether it be on a trout stream in the Pyrenees or trolling for Marlin off Cuba.

It was easy for me to relate to that. Growing up surrounded by beautiful rivers and lakes, I fancied myself a pretty decent angler even in my younger days. Standing in the midst of a trout stream up in the mountains that surrounded my home town in Pennsylvania, it was easy to fantacize that Hemingway and his good friend Gary Cooper were fishing in the pools just around the corner.

As I got older my tastes in books expanded accordingly. The non-fiction portion of my library starting gaining mass and the fiction books took on a very international flavour.

But at least once a year I pull down one of the Hemingway classics and dive head first into a world where short, punchy but brutally honest sentences paint the most amazing pictures.

And by the way, I’ve never given up fishing either. 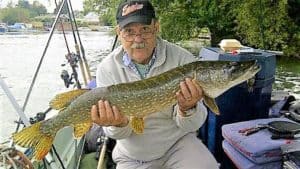