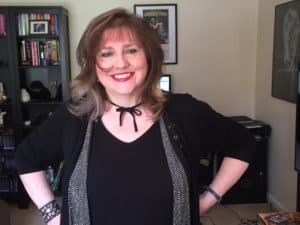 Jennifer Upton will write your book in your voice. As a premium-level ghostwriter, she has interviewed and written the memoirs of dancers, war veterans, trauma survivors and business professionals of all ethnic backgrounds and age groups for Story Terrace UK. A sucker for cultural studies and history, she moved to the UK from Los Angeles in 2011 to pursue an MA at London University’s School of Oriental and African Studies, where she received an MA in Japanese Studies with Merit in 2012. She is working on The Ex-Pat Survival Guide: UK Edition and writes about women’s issues on her blog womanycom.wordpress.com. A former professional in the broadcast television and motion picture industries, she was a member of the Art Director’s Guild for 15 years and contributes film reviews ‘that make you want to see the film immediately’ for bandsaboutmovies.com and horrorandsons.com. As a member of the Society for Editors and Proofreaders, she has provided freelance proofreading and editing services for clients in the U.S., Canada and closer to home in in UK. She resides in Wimbledon near a family of Tawny owls who love to interrupt her writing with their noisy calls of twit-twoo on calm, moonlit nights.

As a Story Terrace writer, Jennifer provides professional ghostwriting services to capture customers’ life stories through carefully crafted anecdotes. Below is an anecdote of her own. Get in touch today to work with her!

A Drop of Nostalgia

I was born in a small town in Central New York State near the Canadian border. The winters were long there and often began in mid-October at the height of the Halloween season. Growing up in the 1970s there was no Internet or video games to keep kids occupied. Having been born to teen parents, my family had little money for days out and I was an only child. Consequently, I watched a lot of T Vwith a small button-eyed yellow and white teddy bear aptly named Little Teddy. In those days, many local television stations aired horror movie blocks hosted by local talent with colorful names like Vampiraand Svengoolie. In our area, Monster Movie Matinee aired on Saturday afternoons hosted by the mad scientist Dr. E. Nick Witty and his hunch-backed, eye-patched lab assistant Epal.

Despite being just seven years old, the films they ran never frightened me. I liked all the old black and white films with silly monsters and giant bugs. One Saturday, the show ran Mario Bava’s Black Sabbath (1963). I did not understand what I was in for. At first, I was excited to see Boris Karloff because I was a big fan of his voicing of the animated version of How the Grinch Stole Christmas and the Frankenstein films. I sat down cross-legged as I always did, on the red carpet with Little Teddy resting on my lap. Boris’s distinct voice filled our small living room. Standing in front of a purple backdrop, he introduced the first of three stories, “The Telephone.” The plot involved a woman receiving threatening phone calls from a ghost, It wasn’t very scary. There were no monsters and the entire segment took place in one small room.

Next, he introduced A Drop Of Water – a tale based on the work of Anton Chekhov. In it, a family calls a nurse named Helen is to dress the corpse of a rich elderly medium for whom she provided care in life. So far, it was nothing I couldn’t handle. Then, they showed the corpse. It was terrifying. It was the horrible face I had ever seen in my entire short seven years of life. It had ratty hair and a grisly clench-toothed grin. The skin was pale and the glassy eyes were wide open. The implications disturbed me. It had never occurred to me people could die with their eyes open. Similarly alarmed, Helen closed the dead woman’s eyes with her palm and turned away to fetch a pair of socks. When she turned back, the corpse’s eyes were open again. I began to sweat. Poor Little Teddy was shaking in my clammy hands. Despite the obvious danger involved in stealing from a deceased medium, greed gets the better of her and once alone with the corpse, Helen steals a valuable-looking ring from the medium’s index finger. Almost immediately, strange things happen. A glass of water falls off a table and every faucet in the house begins to leak. Drip…drip…drip… Visibly shaken (and now cursed), Helen finishes the job and returns home to enjoy the rest of her evening. A pulsing light blinks on and off from outside her flat window. She notices a sound. Drip…drip…drip… The sequence slowly builds as Helen goes from room to room searching for the source of the dripping water. She finally goes mad with terror when she sees the corpse of the dead medium rocking back and forth in a chair in her own bedroom. Slowly, the corpse rises and moves towards her, extending its arms as the camera pushes in on its hideous, uncompromising face. The next morning, a neighbour finds Helen dead with her eyes open and a small injury on her finger in place of the stolen ring. When it was over, I breathed a sigh of relief. It was the scariest movie ever.

The corpse in the film gave me nightmares for a good long while. About a year later, when the film aired again, I ran to the kitchen and took care to check the sink taps lest the spirit of the old medium come for me. Films became an escape for me. When my parents divorced, my father joined the army, and I didn’t see him for almost two years. With one letter he wrote, he sent a subscription to a film magazine, and I began to learn all about the different genres. As the years passed, I could no longer remember the exact name of the story and erroneously referred to it as The Ring. It was not until I was in my early twenties when I re-watched it on video I realized my error. As an adult film (and a film and television student in University), it amazed me at how well it held up. The camera work and lighting were spectacular, and it was still scary!

I eventually get a job at the very TV station that aired Monster Movie Matinee. I even made a short horror film of my own based on the works of H.P. Lovecraft with Dr. E. Nick Witty himself in the lead. A few years later I moved to Los Angeles where I lived and worked for fifteen years.

In the late spring of 2002, the American Cinematheque at the Egyptian Theater on Hollywood Boulevard held a retrospective of Bava’s oeuvre titled ‘The Haunted World Of Mario Bava’. They screened fifteen of his films, all from restored, uncut 35mm prints with few exceptions. It was the first such honoring of his work in the U.S. and my partner and I got tickets to see as many of the films as our schedules would allow.

As I settled in to my seat for the screening of Black Sabbath – this time with popcorn instead of Little Teddy – a man in a suit and tie walked down the aisle past me. It was director John Landis, the man responsible for some of my other favourite films in the comedy genre. He sat a few rows in front of me with his own bag of popcorn and a big smile on his face. As the house lights dimmed, I smiled too. I reflected how far I had come in life. I started out a kid from a small town with no money. I practically raised myself. I went to college, got a job, moved three thousand miles away and got an even better job. Now, here I was sitting three rows behind one of my favourite directors watching a movie that scared the hell out of us both as kids. I couldn’t have been happier.

I live in London now. When my faucet drips, instead of running to turn it off sometimes I let it drip. Just so I can remember how A Drop of Water changed my life. 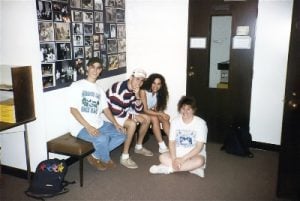