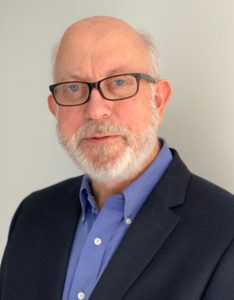 Educated at Edinburgh College of Art, Jamie subsequently worked for Sotheby’s where he ran the Victorian paintings department before setting up his own commercial art gallery, for which he produced many catalogues. He wrote a monthly column for House and Garden for seven years. He has also written for the Observer, Evening Standard and New Statesman.

As a Story Terrace writer, Jamie interviews customers and turns their life stories into books. Get to know him better: you can read an autobiographical story of his own below. Get in touch today to work with him!

A Lesson in Highland Diplomacy and Timing

Mr Carson’s loch-side shop occupied a special position in the village: it was the only general store and doubled as the post office. Mr Carson was from Glasgow, a stout man with a florid face, who had realised his dream to retire to the West Highlands and run the village shop, just visible from our house and almost hidden among stunted Scots pines. Our view was magnificent, we could see for miles down the loch. The skies were a constant kaleidoscope of changing weather, the distant hills turning to blue or purple depending on the season and time of day.

So it was with considerable dismay that my father received the news of a village councillor’s application for a public toilet to be erected on his land, smack bang in the middle distance of our splendid vista – and, judging from Mr Carson’s equally appalled reaction – much too close to his pristine store. A few months before some members of a bus tour had relieved themselves against the elderly councillor’s garden hedge and she was outraged.

Surveys were made and an architect hired. And eventually some bigwigs from the planning department arrived to meet us, visit the site and give their final blessing. My dad greeted the four planners cordially and offered them a dram before we left. As we set off there was a distinct aura of conviviality. I was aghast: surely Dad wasn’t going to capitulate that easily!

On site there was talk of ‘five-holers’, public access, a salaried attendant and a car park large enough to accommodate buses. It was going from bad to worse.

“Do you think there’ll be any opposition to the scheme?” asked one of the planners.
“Oh, I doubt it,” replied Dad affably. “But here comes Mr Carson, I’ve asked him to join us. His shop is close to the site and he’s very in touch with the village.”

And indeed, Mr Carson was approaching rapidly, apparently incandescent with rage. His face was contorted and beetroot-red.
“I have a petition here,” he fulminated, waving a scroll of signatures. “This toilet goes up
over my dead body!”

When the visitors had left, stunned and defeated, I asked Dad how Mr Carson had canvassed so many signatures.
“Well, if people need to buy milk or post a letter…” 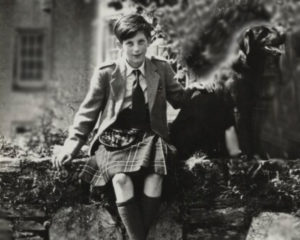