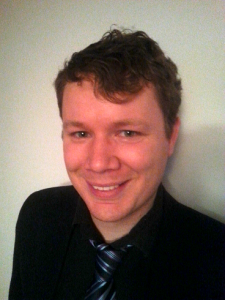 James’ ten years in journalism have largely been about exploration.  They’ve been about life and travel outside the comfort zone, getting backstage with rock bands, dropping into North Korea, or exploring climate change in El Salvador, yet one of his biggest and proudest achievements remains becoming a rare English face in Ireland’s GAA press boxes. Amongst others, his work has appeared in the Irish Independent, NME, RTE, Newstalk and the Sunday Business Post.

As a Story Terrace writer, James interviews customers and turns their life stories into books. Get to know him better: you can read an autobiographical story of his own below. Get in touch today to work with him!

I’ve been told it’s difficult for many people to know when their life fell into place, but for me it happened all at once. Graduating in Chemistry, a subject I’d become increasingly indifferent to after four years of hard work, I walked out of the university bubble without the faintest idea what I’d do next. So I left.

Specifically, I got a job teaching English in Gangnam, the district of South Korean capital Seoul made famous by that awful viral song about its fashion-themed pretentiousness. I couldn’t have loved it more.

In my second week, I woke up with an entrenched soju hangover and decided a Buddhist temple’s introduction of Korean culture – tea and serene, grey-clad monks – might help shake it. I met my wife that day.

I started a blog to document my travels. The passion, clearly, shone through, and soon I had offers to write for large publications in my inbox. It had never occurred to me writing could be a career. Before long it was and courses, qualifications, and heaps of work on my grammar followed as I bedded in my new passion.

And it all just sat so well. From lost soul with a degree that just didn’t suit, everything suddenly felt right. Why Korea? A snap decision. Of all the teaching options before me, it was the bravest road; the place I knew least about.

My world changed in a month, and the same themes have run through it ever since. It’s funny how life happens while you’re trying to work out what to do with it. 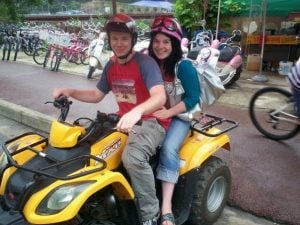