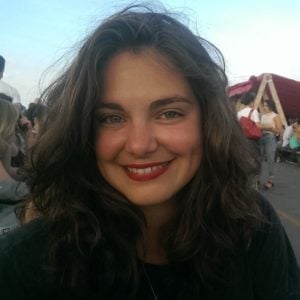 Indya is a 24 year-old aspiring documentary maker, passionate writer and lover of travel. She graduated from Goldsmiths, University of London two years ago with a degree in English and Drama and has lived in London ever since. Before moving to London she lived in Milan for a year, which sparked a curiosity about Italian culture and a desire to see more of the world. A few years later, Indya took a two month trip around Vietnam, Laos, Cambodia and Thailand which changed her for the better and encouraged her to tell stories in different ways.

As a Story Terrace writer, Indya interviews customers and turns their life stories into books. Get to know her better: you can read an autobiographical story of her own below. Get in touch today to work with her!

The Journey from Hell (Or So We Thought)

The photograph below depicts two smiling women in front of a stunning background. However, as the well-known saying goes, a picture can paint a thousand words. Shortly after this photograph was taken, the smiles were quickly wiped off our faces. After a horrific 36-hour bus journey cruising round the middle of nowhere through Vietnam and the nether regions of Laos, we had finally arrived at our destination. Danni and I stepped off the bus, backpacks in tow, with our friends Monica and Marco. Each of us was bowled over by how beautiful it was and after exploring the extremely small village, we began to wonder where on earth all the hostels and other travellers were.

We had heard that Vang Vieng was the party town in Laos, yet our current surroundings appeared pretty lifeless. Never mind, we thought; the hostel strip must be close. We trudged up to a hostel-esque building at the top of the road, but on our arrival found it was the opposite; what can only be described as an abandoned building site. Our hearts sank. Where the hell were we? It began to dawn on us that perhaps the bus driver had not dropped us off in the correct place. Suddenly, an ominous looking four by four pulled up and a tall, intimidating man got out. He didn’t speak English, which resulted in me repeating ‘Vang Vieng? Vang Vieng?’ in a distressed manner. He proceeded to pull out a map, pointing to it. ‘No Vang Vieng,’ he said. After studying the map more closely we figured out that Vang Vieng was in fact thirty miles away.

This is when we really started to panic; not only were we exhausted and starving, we had absolutely no clue where we were. The village looked like it was stuck in the medieval era, with horses and carts and no form of public transport. Then things got even worse. An evil black cloud moved across the sun, taking our last ray of hope with it as it began to torrentially rain. I don’t think Shakespeare could’ve written a more apt pathetic fallacy. We attempted to take shelter under what looked like a bus stop, but it was pretty inefficient. Just as we were on the verge of tears, a mirage appeared in the form of a big black van. Did our eyes deceive us? Could it be true? We began to frantically hail the man driving and to our amazement he actually pulled over.

‘Vang Vieng, Vang Vieng please?’ we all shouted in tandem. To our surprise he spoke English and muttered back to us, ‘A hundred dollars each’. It was like another stab to the heart. This is when the demon inside me really started to take hold and my inner fury boiled over. ‘Look,’ I spluttered, ‘we’ve been on a 36-hour bus journey, we are tired, we are hungry, we haven’t washed, we’re pissed off, we’ll give you thirty dollars each or nothing, okay?’ I think the desperation in my tone paid off and the man opened up the doors to his van. We all sat down and began to hysterically laugh, unable to believe our luck and reflecting on how bad things could’ve been. Little did we know that the journey from hell had only just begun. 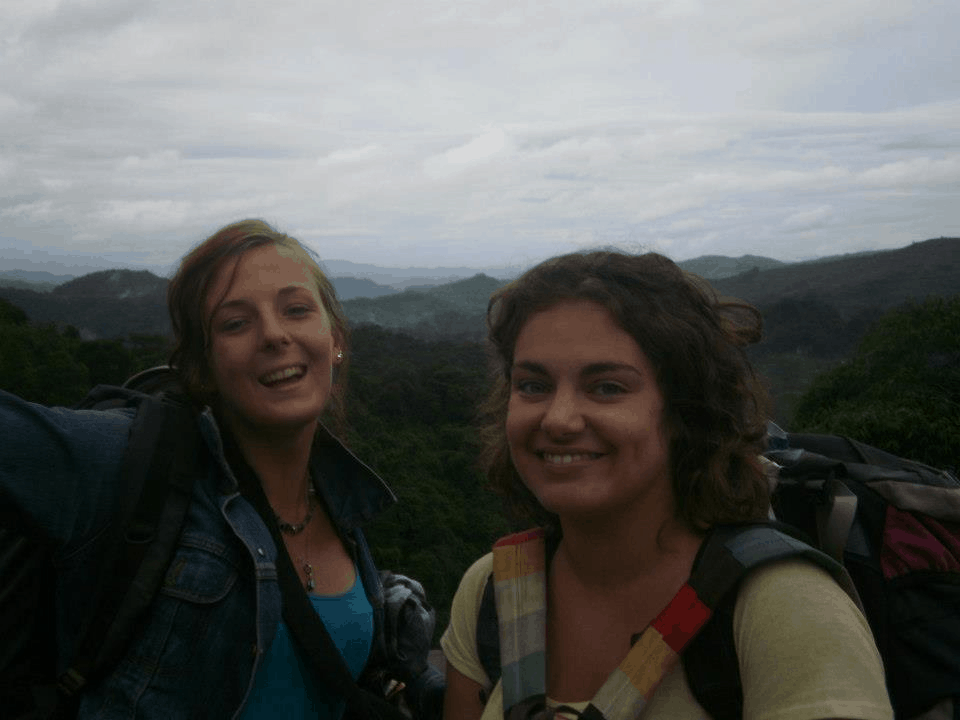