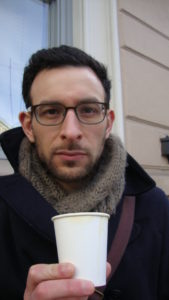 Ian has written about books, food and drink for the Financial Times, music for the Independent, and won the London round of the ‘Stage newspaper’s New Theatre Critic Search 2016’. In his spare time he writes fiction, and his short stories have appeared in numerous literary journals and magazines. One of his stories was read out at legendary Paris bookshop Shakespeare and Company as part of its ‘New Shapes of Publishing’ event, and he is currently seeking a publisher for his first collection of short stories.

As a Story Terrace writer, Ian interviews customers and turns their life stories into books. Get to know him better: you can read an autobiographical story of his own below. Get in touch today to work with him!

When life gives you fish holes…

In 2006 I quit my job in journalism, my wife quit her job in banking, and we decided to move abroad to teach English. Initially the plan was to do this in some Arcadian slice of French countryside where we’d live off baguettes and red wine, but shortly after discovering that such jobs demanded some past teaching experience and a more than rudimentary knowledge of French, we found ourselves boarding a tin-can of a flight from Moscow to a concrete city in the middle of Siberia, whose name, in the traditional local dialect, means “fish hole”.

Surgut was a rural town of around 1,000 people until the 1960s, when someone found oil there and a network of tower blocks was promptly erected to house the thousands of Russians rushing in to make some money. About 300,000 people live there now, packed into the skies of this monotonous, maze-like place, where the only break in the high-rise landscape is a Legolandish replica of Big Ben housing an English school (not the one we worked at), and the world’s longest single-tower cable-stayed bridge (imagine the Golden Gate bridge but with one tower removed, clad in bare metal instead of sleek red paint, and spanning a tattered ribbon of smog-smudged ice rather than a resplendent blue river).

There are no baguettes in Surgut, but there are pirozhok: greasy little fried buns often filled with potato. There is very little red wine in Surgut (at least not that you’d voluntarily drink), but there is an orangey-brown, chilli-infused vodka. And there is certainly nothing Arcadian about Surgut; in fact, there’s barely anything at all beyond a few bowling alleys, a pool hall frequented by the mafia, and a market where the socks they sell are apparently made from dog hair. 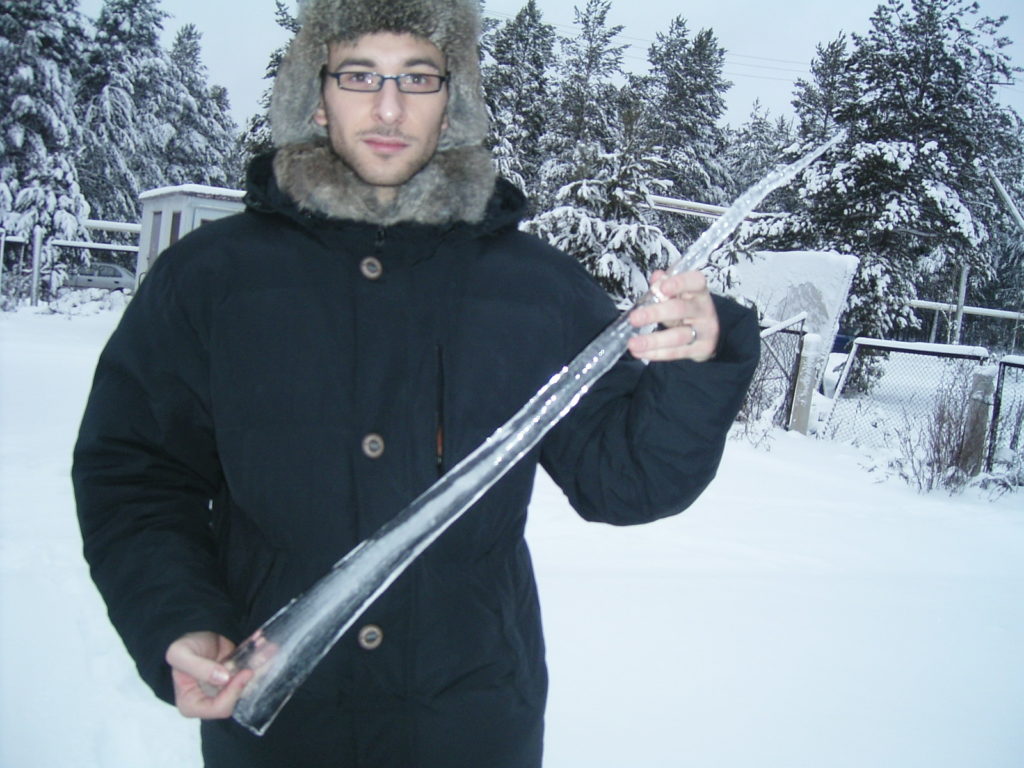