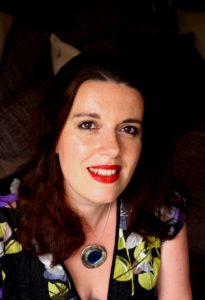 Helena is never bored. She started her career in publishing as a non-fiction editor before becoming a journalist contributing to both regional and national titles including the Guardian and Independent. Now, as a freelance journalist and The Sunday Times No 1 bestselling ghostwriter, she divides her time between discovering what makes the world tick alongside helping others bring their stories to life. Having reported from America, India, Africa and Europe, she loves travel, food, politics and the arts, in particular theatre and dance.

As a Story Terrace writer, Helena interviews customers and turns their life stories into books. Get to know her better: you can read an autobiographical story of her own below. Get in touch today to work with her!

Painted Into a Corner

The first time I ever properly studied Pablo Picasso’s Guernica was aged five, wedged between table legs in a suburban semi-detached.

There, propped up on pillows, I ran my eyes across its ghostly black and white images. Intriguing: yes. Frightening: definitely. Comforting: strangely.

The replica print, which had been glued to a wooden board, had for some time, hung in my parent’s hallway. On occasions, it had been removed and placed under the mattress on my father’s side of the bed, to relieve a bad back. Tonight, though, it leaned abandoned at the back of the house.

Earlier, it had been bedtime. It was the weekend and I’d eked as much out of delaying the inevitable as possible. My tangly hair had been brushed and my teeth reluctantly cleaned. Pleeeease could I watch the last half hour of The Dukes of Hazzard? No.

Call it divine intervention, but just as I was receiving my marching orders, the phone rang. It was my father’s colleague. There was a problem. He would be talking for some time. Dressed in only my vest and pants, I hovered around the hallway listening intently for a sliver of opportunity.

I would hide. It would be funny. He’d think I’d obeyed him and gone to bed. I’d rebel and have the last laugh, too.

Grabbing two cushions from the sofa on the way, I silently pulled the heavy sliding doors of the dining room behind me. Guernica would be my protection. I dragged the print and leaned it against the table legs, crawled in behind and nestled down.

The painting struck a chord. Not that I knew any of that, then. My grandfather had left military-ruled Greece to fight in the Spanish Civil War; my father had devoted his life’s work to fighting oppression. Sometimes the objects around you hold the key to your own story, only you don’t yet understand it. Or simply don’t see it. At that moment, my only war was with sleep.

“Guess what happened last night?” my sister shook me the next morning. With Guernica as company, I’d drifted off, and no one had been able to find me. A search party had been sent out and, as my parents were poised to report me missing, my mother had heard the tiniest of snores…

For me, it was the first glimpse of a turbulent family history. For my parents, a first lesson in panic. For my niece, it’s now her first story: the night naughty Auntie Helena broke the rules only to fall fast asleep under the table.