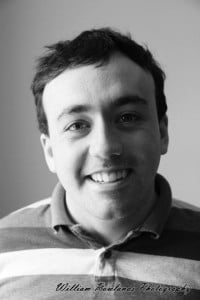 Harry is a freelance writer specialising in history and travel. He holds a BA in English from Loughborough University and an MA in Early Modern History from the University of York. He has been lucky enough to interview some of his favourite writers, including the late Iain Banks, Anthony Horowitz and Val McDermid for Writers’ Forum magazine. He’s also written for Take a Break, All About History, History Today, Discover Your Ancestors, Your Family Tree, the Guardian’s ‘Comment is Free’ section, the Huffington Post, and Media Magazine. Travel is another of Harry’s passions: he has spent 18 months traveling across Asia, writing for Culture Trip and local hotel chains, as well as the Caribbean, USA, and parts of Europe.

As a Story Terrace writer, Harry interviews customers and turns their life stories into books. Get to know him better: you can read an autobiographical story of his own below. Get in touch today to work with him!

My Teacher the Pokemon Master

‘Schools are one of those places, which are full of characters: the good, the bad and the ugly, and teachers are by no means the exception. In fact, it’s amazing how many of them can colour your experiences of school and yet you rarely learn anything about their lives. Occasionally you might happen upon a teacher out doing their shopping or walking their dog, a wife or husband by their side, but once that teacher walks out of the classroom for the final time, you rarely hear anything about them again…

As a young child, therefore, I inevitability came to the conclusion (which I still think has some truth in it, though my friends on teacher training courses assure me this is definitely not the case) that teachers must live at school. This would explain so much. Because if school was a teacher’s home then maybe this was why so many desks, cupboards and rooms were labelled ‘keep out’.

But there was one man who was different. A teacher who, far from remaining aloof, couldn’t help but indulge himself in endless anecdotes and tales of former glory, a real life Gilderoy Lockhart, if ever there was one, who we would later nickname the Pokémon Master.

In we came, to his first ever lesson. All of the chaos and disorder of the previous educator had been washed away: new plant pots had been laid on the windowsill; cabinets had been moved around and relabelled; brand new displays, still fresh with the smell of print, hung from the back walls. I had a niggling feeling that I recognised our new teacher but I couldn’t think where from. Nevertheless I listened as he began to address the class…

‘Let me tell you a little bit about myself, ’ he started, with characteristic charm, before reeling off his entire educational career to date.

This became a regular occurrence. He would pepper his lessons with selected highlights from his time at Oxford University, his induction into MENSA at the age of three, his high school girlfriends, or his life amongst his neighbours in the posh district of town.

There was one part of his story, however, that was missing, a piece of the jigsaw that he never talked about.

Some months after leaving school, I was putting some things in the attic when I came across a handful of discarded magazines. Magazines for a children’s animation series called Pokémon. I opened them up and started reading and there, low and behold, was my former teacher. He was a columnist for the magazine and, from the sounds of what he’d written, an expert on all things Pokémon who spent good money and time reporting from all the conventions and exhibitions.

Of course I had to tell all of my friends and they were in hysterics. Happily, word on the playground was that he was taking it all in his stride and introducing some of the characters from the series into his teaching.

We couldn’t agree on whether this made him the coolest teacher we ever had or the lamest …but maybe it explained what he hid in all those cupboards – Pokémon cards!