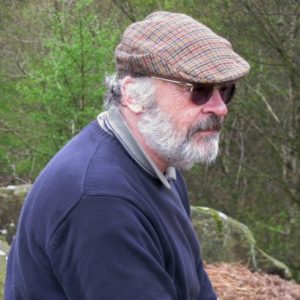 Gordon's work has been published by Simon & Schuster, John Blake, Constable, Robson/Anova, Pen & Sword and more – over 25 books, including the ground-breaking Men and Sheds and the one with the most Amazon reviews (185 and rising), Cassius, the biography of an exceptional police dog. Subjects of other biographies and ghosted autobiographies have been TV presenters, an undercover investigator, World War Two soldiers and airmen, an RSPCA Inspector, the British High Street and a police horse. Gordon has written many magazine and newspaper articles and commercial film scripts; awards include London BISFA 'Best Scriptwriter' and Los Angeles ITVA 'Golden Reel'. His website is www.gordonthorburn.co.uk, and you can meet him on film by following this link: https://vimeo.com/81288687

As a Story Terrace writer, Gordon interviews customers and turns their life stories into books. Get to know him better: you can read an autobiographical story of his own below. Get in touch today to work with him!

Baby, can I take you home?

My wife Sue was in hospital, six months pregnant, but everything was going to be all right, wasn’t it?

It was the banging on the bedroom window that woke me. That, and the torch beams flashing across the ceiling like searchlights in the war. A deep voice called my name. MR THORBURN! God in heaven, what was happening?

At the door, in my dressing gown, I found not the grim reaper I had been expecting, but two policemen with a ladder, who had been unable to wake me by telephone or by knocking on the door. The reason for their visit was not to arrest me, but to tell me that there was an emergency at the hospital and I’d better get there sharpish.

As I hurried into the maternity ward, I was met by the night sister. Superbly neat and crisp and competent-looking, she said “Mr Thorburn?” I said yes. She said “Do you smoke?” I said, as a matter of fact, I had recently given up, six weeks ago.

“Well,” she said, pulling a packet of Old Holborn out of her breast pocket, behind the upside-down watch, “I think you’d better start again.”

At that time, the legal upper limit for abortion was 28 weeks. At 26 weeks, Sue’s waters had broken and the doctors had decided that such a small foetus could not survive a normal birth and so would pluck it out by Caesarean. Matters were taken out of their hands when the cord dropped and wrapped around the baby’s neck, giving the doctors eight minutes to do the op.

‘It’ was a girl, weighing one pound fourteen ounces, less than a bag of sugar. I wasn’t allowed to see mother or daughter until the morning, and even then sight of daughter was limited to a look through a glass panel while a doctor tried to attach wires and tubes to a tiny alien being whose own veins and tubes were impossibly thin and visible through her skin.

And so began the most dreadful time. Sue was soon allowed home, and we went to see Katie every day. At first, she was encased in a large plastic box, a little specimen from another world, an experiment in a science laboratory, who quite literally would have fitted inside a pint pot, connected to all manner of life-support systems.

Girls stood a better chance than boys, they said, but they’d never had one survive who started off this small. Still, they had every hope, and we should think about it as backing a horse at 8 to 1.

Every time the phone rang at home, we feared to answer it because quite often it was bad news. Katie had had a mini heart attack. Katie had a lung infection.

After six weeks, Katie was taken out of her fish tank and promoted to a different little ward. Three sides of this room were lined with open cots, perhaps a dozen of them, each containing a very premature baby, and the newest resident went in the first cot on the right, by the door as you came in.

When a baby was well enough to go home, she/he vacated a cot and everybody moved round one. Alas, some of the moves meant a death. Katie lasted long enough to work her way around the three walls to the last cot on the left; we could take her home. She now weighed five and a half pounds. After three months in the care of those blessed angels, it was just about the date when she should have been born. 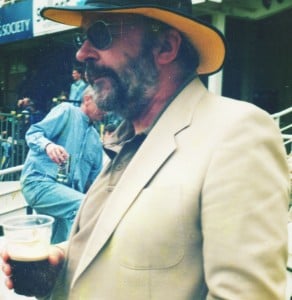