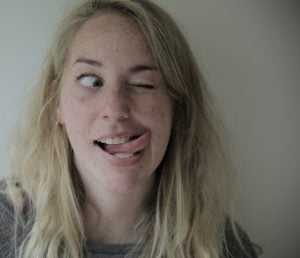 After studying American Literature and History at Kings College London and the University of California, Berkeley, Georgia decided to pursue a career in film. She began working on drama productions, then moved across to making historical documentaries. She became an in-house Producer/Director for Jamie Oliver’s online video production team and currently works as an Assistant Producer for BBC Three. Having filmed the majority of their ‘Amazing Humans’ slate she is currently working on a documentary exploring grief in young people.

As a Story Terrace writer, Georgia interviews customers and turns their life stories into books. Get to know her better: you can read an autobiographical story of her own below. Get in touch today to work with her!

Last Conversation with my Grandfather

Grandad had a close friend, Francis.

‘Francis had always been the Romeo type you see’, my granddad tells me, placing a long drawn out emphasis on his last word. His words, heavily accented with a mix of Indian, Singaporean and British influences, a result of growing up speaking Tamil in Singapore under British rule.

‘Everybody loved Francis, he was so confident’, his head rests back on the sofa. I tell him it’s okay if he wants to go to sleep; the doctor said he should rest, his head bounces back up. He is intent on telling me this story, the story of how he met his wife.

‘Francis… Francis was a bastard child, do you know what this is my dear – he was the son of a Scottish rubber planter and an Indian rubber tapper’, he smacks his lips playfully together whilst speaking and presses the air with his fingertip upon each syllable – enthused that he has remembered correctly. I cringe inwardly at the term ‘bastard child’ but let him carry on.

‘What you must understand my dear is that I had never kissed a girl before see. I did not know how to approach these women,’ I smile, and again say nothing, knowing how much of a Romeo he himself was at that age, ‘but I had a plan, to steal Edna away from him.’