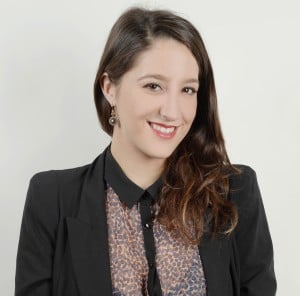 Deborah is a freelance journalist with a Creative Writing degree. She’s written for titles including the Telegraph, Stylist, Glamour, the Daily Mail, the Metro, Marie Claire and many more, on subjects ranging from travel and fashion to real-life and business. Deborah loves finding out where people came from, where they are going and everything in between – and turning fascinating stories into engaging, interesting, unputdownable words.

As a Story Terrace writer, Deborah provides professional ghostwriting services to capture customers’ life stories through carefully crafted anecdotes. Below is an anecdote of her own. Get in touch today to work with her!

‘I could die right now. I could die right now,’ I repeat, staring at the dizzying abyss below. I’m strapped in, the baying crowd behind me are growing impatient, and all I can think about is my impending funeral, and my mother and father crying, whispering ‘I told you so’ as my coffin is lowered into the ground.

It’s New Zealand, it’s 2012, I’m young, less wrinkled, less fearful and I genuinely believe that I am invincible and will never die. Getting old is for other people. Normally, hurling myself off a ledge in the name of bungee jumping would be for other people too. But I’ve coughed up an obscene amount of money, told enough people, researched enough accidents that I have to do it now.

Between myself and the snarling, snaking river below is just a feeble rope. And the ever-tightening knot in my stomach. And the knowledge that if I don’t dive off into the horrifying blackness below, I’ll probably regret it. Definitely regret it. Undoubtedly regret it. I’ve come this far, but my legs are quaking, and the T-shirted, muscly, straggly-haired men urging me to jump because I’m holding up the others are just putting pressure on me. Don’t they know I need peace and quiet, some time to think about why I’m doing this to myself, say my last prayers, think of my family one more time?

That’s all there is to it, so I jump. And it feels good. Really good. So good, I spend the last of my money and do it three more times. Because what’s the point of being alive if you don’t terrify yourself sometimes? 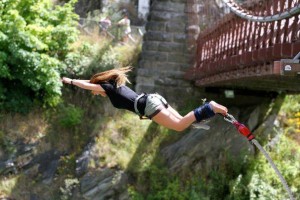