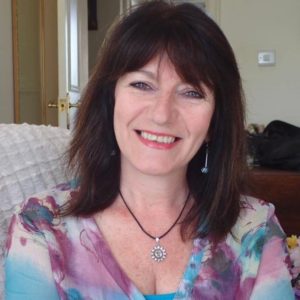 Corinne’s early travels led her to Hong Kong, where she lived and worked for almost two decades. From special reports for the South China Morning Post and the Asian Wall Street Journal, to hotel press kits and in-depth interviews for lifestyle magazines, her versatile writing style enables her to communicate with a wide variety of audiences.

After returning to the UK, she handled the publicity for an animal charity before becoming a communications consultant.

Writing, discovering different cultures and animal welfare are abiding passions. She would love to tell your story.

As a Story Terrace writer, Corinne interviews customers and turns their life stories into books. Get to know her better: you can read an autobiographical story of her own below. Get in touch today to work with her!

The Long and Short of It

My mother used to put a pudding bowl over my head before cutting my hair. Well, maybe that’s not entirely true, but she might as well have. As a child, all I longed for was a fringe that didn’t look as if it had been trimmed to within an inch of its life.

As I got a little older and my hair was allowed to grow, Mum took to weaving it into tight plaits. Not the ones that covered your ears and hung down at the sides, trailing down the front of your school blouse in very casual sort of way. Not at all. My mother’s preference was to tightly wind my plaits behind my ears (which were now on view for all to see) and, with the aid of kirby grips, ensure that this was where they firmly stayed.

I’ll never forget the look on Mum’s face when I arrived back home from university, sporting flowing crimped hair highlighted with red food colouring. I thought I was the bee’s knees. Her pained expression suggested otherwise.

Since then, my hair has been through many incarnations. And so have I.

As a traveller, I’ve held the hand of a dying auto rickshaw driver, taken part in an Indian pilot TV show and rubbed shoulders with Bollywood stars; I’ve drunk beer with traumatised US war veterans in Saigon and battled claustrophobia in the underground tunnel network used by the ‘tunnel rats’; I’ve flipped pancakes in Boston and checked crisp packets in a French usine.

As a long-term resident, I’ve witnessed the drama and excitement of the handover of Hong Kong to its Chinese motherland. As a daughter, I’ve lived through the distress of my late father’s hallucinatory dementia. As a walker, I’ve conquered Jacob’s Ladder, and as a party animal I’ve danced the night away in far-flung corners of the world. I know the backstreets of cities, towns and villages separated by thousands of miles.

As an animal lover, I’ve helped rescue countless stray cats and dogs, secured a chained pet monkey’s release to the wild, and aided the rehabilitation of mistreated tourist camels.

As a reader, I’ve been inspired and uplifted by Richard Bach, and I’ve recently fallen in love with Alan Bennett all over again. As a writer, I know that everyone has a story worth telling. Even if it does start with their hair.