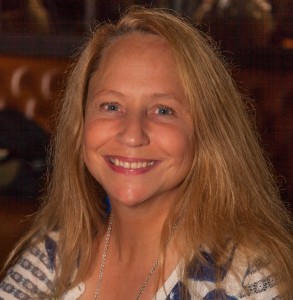 Clare’s interest in the written word is evident from her BA in English Literature, MA in Creative Writing, and previous careers working in an independent bookshop and as a proof-reader and production editor. She has been longlisted and shortlisted for international short-story competitions, and has a novel in embryonic stage. With considerable experience as a ghostwriter, she prides herself on adapting to people from all walks of life, and all ages. Her compassion, combined with her big fat sense of humour, has proved to be invaluable when working with those who wish to leave a written narrative of their lives.

As a Story Terrace writer, Clare interviews customers and turns their life stories into books. Get to know her better: you can read an autobiographical story of her own below. Get in touch today to work with her!

Told off by Mother Teresa

I’ve been told off many times. At just nine years of age I was called before a judge, on the charge of destroying my brother Robert’s den. Robert is eighteen months older than me and was always such a good boy, so he couldn’t possibly have been lying, could he? I had no interest in his silly, stupid den which, unlike my own, didn’t even have a toilet (cardboard box, just for show).

The court proceedings took place in the family living-room, on the green floral-swirled carpet, in front of the ancient wireless that used to keep me entertained for hours. The judge, defence barrister and prosecutor were one and the same – my father. The eventual verdict of ‘Not Guilty’ filled me with relief; for although my father was a great man, he could also be very strict, and who knows what my punishment might have been had I been found guilty? No more Curly Wurly, ever? Or, worst of all, perhaps Robert would be allowed to destroy my den as compensation?

The blamings and tellings-off continued: ‘Mum, Clare just ate Johnny’s Mars Bar.’ No, I did not! The Mars Bar was mine, stolen that morning from the village newsagents, slipped neatly inside my woollen mitten.

Perhaps to atone for all the bad things I was supposed to have done, after graduating I decided to undertake voluntary work at an orphanage in Calcutta. The orphans that I worked with were the sweetest children I had ever met, or have met since. But often very little was known of these children’s lives before the orphanage, so there were many whose true heartache and psychological damage could only be guessed at.

My visit to the Missionaries of Charity Convent in Calcutta was motivated by curiosity rather than any religious devotion. I wanted to see the place from which Mother Teresa oversaw her orphanages, her homes for the dying, her whole empire of philanthropy and goodness. On arrival, I was told that she would be at prayer. The chapel was full of nuns wearing white robes with blue borders, kneeling on the open floor, before a large image of Jesus on the cross. I quietly joined them at the back.

I looked around for Mother Teresa but couldn’t find her; the seats around the edges of the room were empty; no-one was standing next to the altar. Perhaps she hadn’t arrived yet? I began to think that she would not be there that day after all. With disappointment beginning to dampen my excitement, I looked once more at the kneeling nuns. Then I saw her, towards the end of the row on my left, hunched over, wearing a navy-blue wool cardigan on top of her sari. It was definitely her – the masculine jaw, the unruly dark eyebrows, the fat nose . . . and, gosh, those wrinkles!

Because Mother Teresa was too deep in prayer to notice me anyway, I felt only mildly guilty for staring at her for the rest of the worship. Once it had finished I summoned the courage to approach her. She was truly tiny. I was too dazed with admiration for this amazing little walnut to remember much detail of our meeting. What I do remember, though, and always will, were her sternly-spoken parting words: ‘The next time you come to India, you come to work!’ I was too stunned to reply that I was in fact already working there.

Since this chastisement, all the other occasions on which I have been unjustly blamed have ceased to matter. No amount of scolding can ever compare with being told off by Mother Teresa. 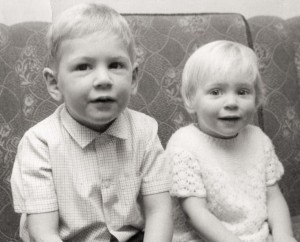