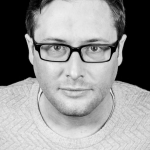 Christopher is a freelance writer with over a decade of experience in award-winning television, journalism, editorial and digital work. He’s contributed to publications such as the Telegraph, Wired and the Escapist among others. He is always working on something new and is a sucker for a great story.

As a Story Terrace writer, Christopher provides professional ghostwriting services to capture customers’ life stories through carefully crafted anecdotes. Below is an anecdote of her own. Get in touch today to work with him!

Was I about to die? It wasn’t the question I expected to ask myself when I woke up that morning – although, I suspect, that type of question invariably never is.

The trip had been a successful one so far. I was producing a documentary over in America, travelling across various States and doing one of the things I loved the most: interviewing people, hearing their stories. It had been a busy couple of weeks. On the flight from Los Angeles to New York, then, I decided that I would settle down for a few hours of much-needed sleep.

I woke up just as we were landing. Normally I’d consider this an act of good timing.

As we thudded onto the tarmac, I saw them: row upon row of fire engines, sirens blazing as they screamed towards the plane in formation. Even though I was groggy and half-asleep, the situation seemed clear. Something was wrong with the plane. Badly wrong. ‘On-fire’ wrong.

Planes and fire don’t mix, whether they’re landing or otherwise. That’s something my limited knowledge of avionics could account for. So – given that I seemed to be packed into a metal tube full of fuel that had apparently garnered the attention of half the FDNY – I began to panic. Panic along the lines of yelling “oh my god, we’re all going to die.”

“Sir.” A stewardess placed a reassuring hand on my shoulder. As foam and water began to spray from the fire engines over the plane, she explained what was happening. The pilot was retiring. This was his last flight, and it was tradition for the fire department to hose down the plane as it arrived; a celebratory parting gesture.

“It was mentioned in the pilot’s announcement,” she said, her frown reflected by every single passenger around me. “Weren’t you listening?”

And that’s why I don’t sleep on flights anymore.