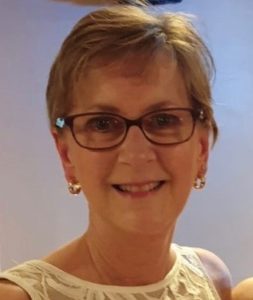 Caroline found her writing niche while working on her MA in Biography & Creative Non Fiction at UEA. She has written about a 1930s Barnardo’s child, the discovery of a GI baby’s American family, an Auschwitz survivor’s relationship with her tattooed prisoner number, and a Polish woman’s childhood years in Siberia.

Aged nineteen, Caroline moved to New York City without work, a return ticket, or a plan. For twenty years Caroline moved between New York, California and London, raising two children along the way.

San Francisco Without a Map

Before leaving New York, I felt compelled to visit California. My American adventures were inspired partly by the experiences of my grandfather, whose affinity with the city was evident in his faraway eyes whenever he spoke of his time there. New York, he said, felt like home the minute he arrived. It was the place; it was his place.

Travelling to California was a childhood dream. It had been a place of intrigue since I perched on a wooden kitchen stool kicking my little feet against the table legs, playing with the empty red raisin box: I wanted to see where the California Sun Maid came from.

Flying from New York to San Francisco, I was as unprepared as a barely twenty-something could be: $100 in my pocket, a borrowed credit card for emergencies, and no notion of what to do or where to go after arriving.

The rented rust-ridden Oldsmobile came with a free map, as topographically inaccurate as it was illegible, as useless as the car’s spluttering air conditioning. I followed road signs for downtown – where else? With no other benchmark, my accommodation was chosen by name: The Van Ness Inn sounded dull; The Lombard Plaza sounded pretentious; The Surf Motel sounded romantic: plus it was within squinting distance of the Golden Gate Bridge, it had a vacancy, and it cost much less than $100.

Grandpa arrived at Ellis Island in 1915, aged eighteen, sent away from England by his father before he could join the army or be conscripted. Looking around Manhattan, Grandpa was captivated: the Woolworth building pointing at the sky, crowds scuttling on the sidewalks, car horns blaring. He knew this was going to be somewhere extraordinary for him.

Driving north across the Golden Gate Bridge, my heartbeat reached to my fingers and toes. I’d never seen a more beautiful bay, the red of the bridge reflected in the sparkling water below, the wideness of the blue sky. I was weary of cold, grey, lonely New York, my home for the last couple of years. I parked the car in Sausalito and walked along the bay’s edge, looking across to Angel Island and back towards the city of San Francisco. As I sat, I heard Otis Redding in my head, near the spot where he wrote that song. This was the place.

And then I knew.

This was my place. 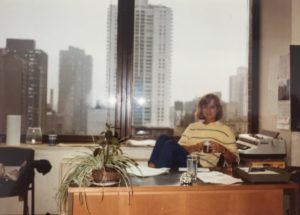