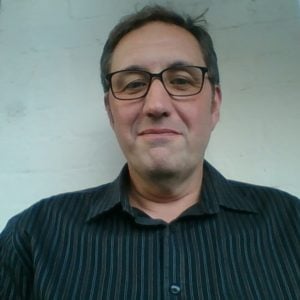 Andy Boot would still like to be the 1930’s film comedian Will Hay when he grows up, but as this is never likely to happen, he’ll settle for the kind of life he has experienced; and it’s not been bad.

Starting work as a writer back in the late 1980s, he worked on music magazines and national dailies before moving into books, where he was responsible for the ghosting of dream psychic Chris Robinson’s memoir as well as books on true crime, psychic phenomena, and British horror film history. He has written two novels under his own name, and 28 under house names for thriller and sci-fi series. He has lately worked on documentary series and has also taught creative writing.

He likes stories, and he likes people. He especially likes people with stories to tell… which is mostly everyone, really.

As a Story Terrace writer, Andy interviews customers and turns their life stories into books. Get to know him better: you can read an autobiographical story of his own below. Get in touch today to work with him!

The World’s Your Lobster…

I’ve done some oddly quixotic things in my time but hanging off a breakwater trying to cast a lobster to freedom was one of those moments where you find yourself wondering what anyone watching might think. “What on earth is that damn’ fool doing?” possibly; or even “Does he know what he looks like?” The answer to the latter being that he doesn’t, but he can take a good guess… and it makes him wonder even more how he got into this situation.

It seemed like such a simple idea at the time: we were living up on the Essex coast, and my partner’s son and his wife had come up to stay for the weekend. It was a happy time, as she had just discovered that she was pregnant. That turned out to be little Elsie.

A happy time, then, and a very pleasant weekend it had been so far. Sunday morning was warm, and we took the dog for a walk before venturing down the pier. It wasn’t something I was too keen on as some of the planking was uneven, and if you went too far down it was difficult for dog paws to negotiate. That was why I was hanging back from the very end, where the fishermen hang out, and why I was unable to head off at the pass the moment that led to my precarious dangle over choppy seas (that might be a slight exaggeration, but at the time…).

Tom and Kate got talking to one of the fishermen on the end. Tom does the odd spot of fishing on a hired boat: I suspect it’s just a good way to have a few drinks with the boys away from the prying eyes of their other halves, as they never seem to catch much. That being said, Tom’s enthusiasm was obvious enough, and (as my wife told me later) the fisherman had some enthusiasm for Kate. Tom was fascinated by the man’s lobster pots, and when he produced a large specimen from one of them, and Kate fluttered her eyelashes, then it was a done deal.

“This must be a really rare one,” Kate said as they approached. “It’s blue!”

“They’re all blue until you cook them,” Anita pointed out.

“Have you got a pot big enough?” Tom asked.

Kate looked confused. She still looked confused after all three of us attempted to explain how you had to plunge the living lobster into boiling water. She got the part about it screaming as it went pink, though, as she went a contrasting shade of green.

“We’ll have to get rid of it where he can’t see, then,” Tom said, indicating the fisherman. Who waved happily at us. We waved back, of course.

“If we walk down towards Frinton there’s a breakwater that goes right out,” Anita said. “And the tide’s in. All it needs is one of us to lean over and let the thing loose.”

“And take the rubber bands off its claws,” Tom added. “It wouldn’t be fair, otherwise. It couldn’t swim, could it…”

The three of them looked at me. The dog kept looking at the lobster, warily eyeing it up. I knew how she felt. The dog, that is.

The worst of it was trying to toss the lobster out and away from the brick wall of the breakwater while trying to avoid the terrified creature’s freed and flailing claws. I almost lost balance and joined it in the deep. Almost, but not quite.

And to be fair, Kate’s been off seafood ever since. 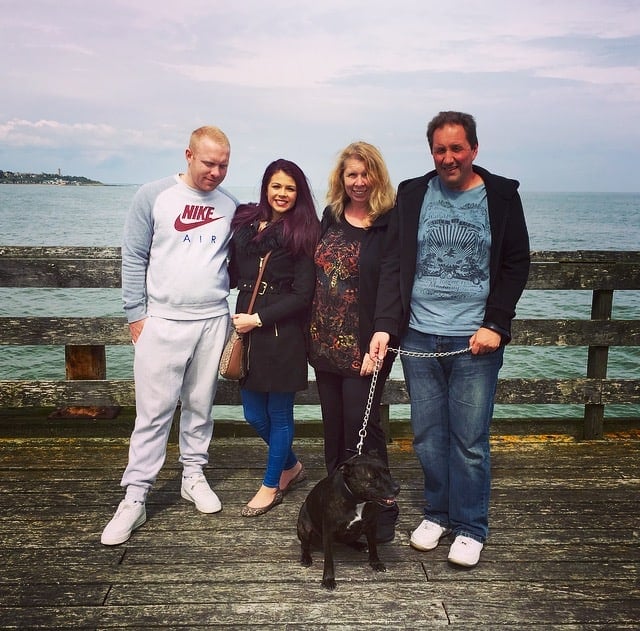