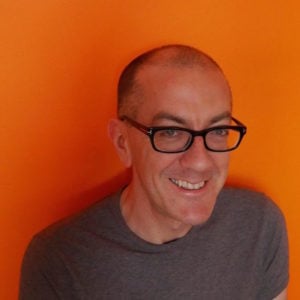 Andrew is an experienced magazine journalist recently turned author-publisher and book editor. He’s worked with titles like GQ, Vogue, Total Film and Vanity Fair, and written for The Sunday Times, the Guardian and short-lived humour website Bubblegun. His debut novel The Ghost, a psychological thriller, was published in 2015, and he’s currently working on the surprisingly not-so-difficult follow-up. Andrew grew up in The North of England, but is currently exiled in The South. He’s an FA-qualified youth football coach and stays fit – and sane – by cycling and running.

As a Story Terrace writer, Andrew interviews customers and turns their life stories into books. Get to know him better: you can read an autobiographical story of his own below. Get in touch today to work with him!

When I was five years old, there was a nursery school, with milk monitors, a pet hamster, Plasticine and Stickle Bricks. There was also the red bicycle.

When I was five years old, the teacher would let us out to play, in the concrete playground of the nursery school, with its rickety drainage grids, mossy grouting and a magical door that opened onto a mystical wonderland. The door was padlocked, and we would gather around it – all the five-year-olds – to jostle and jeer, as the teacher approached (always too slowly) and removed the lock and opened the door.

Inside, the toys were piled up to the sides of a damp cupboard; up to the ceiling, so they seemed to be seeping out of the walls. Bats and racquets, softballs, footballs, costumes, plastic swords. And bicycles – three wheels, metal seat, painted in bright primary.

The red bicycle was the one with the smoothest wheels, the grippiest handlebars, the pedals that didn’t catch, the seat that didn’t wobble. When I was five years old, it was the centre of my day, my life, my world, to be the first into the cupboard and lay my hands on the red bicycle.

There were consolation prizes: a blue bicycle (well regarded, but no red bicycle); mechanical machine-guns; scooters; pogo-sticks. But to claim the red bicycle, and clank and glide around the grey grounds, was to be the toughest and coolest soldier, jouster, racing driver. It was the only play worth my time.

And then, as for all, the steady zoom-out: up and away from the cupboard, from the concrete. My world expanding and reforming, revealing more and more size and scale and stuff.

But when I was five years old, there was milk, Plasticine, a hamster, Stickle Bricks and a red bicycle. 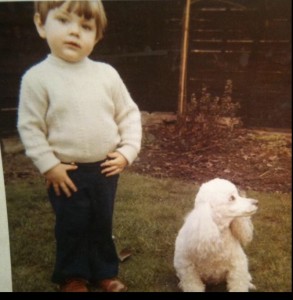