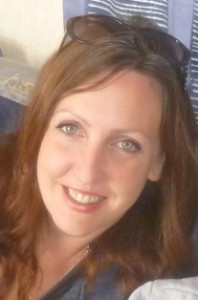 Amy is a journalist, author and ghostwriter whose favourite thing – apart from her children – is creating beautiful things with words. She has worked as an editor and writer for 17 years, ever since she had an epiphany at Clapham station and left the job she loathed to train to be a journalist. She’s currently developing a TV screenplay with a writing partner, and is writing a novel about a community choir. In her spare time she sings in an acapella lady band and hangs out with her family and super furry animals.

As a Story Terrace writer, Amy interviews customers and turns their life stories into books. Get to know her better: you can read an autobiographical story of her own below. Get in touch today to work with her!

When I was young, I had an uncanny ability to zone out wherever I was. At school I’d gaze out of the window while the teacher droned away in the background, lulling me further into my meditative state. It’s so easy to empty your head when you’re a child, before life kicks in and fills it up.

My headmistress, Sister Helena, came into my classroom in the middle of a lesson as I gazed at nothing. I vaguely heard my name, then she beckoned for me to go with her. My mum was waiting in the kind nun’s office, fear etched on her face, as they sat my little brother and I down. “Your dad’s had a heart attack.” I was eleven and my brother was nine and it was a while before I was able to empty my head again.

I remember taking the long journey from Devon to London, where my dad had been taken for treatment at the Royal Brompton hospital. I remember standing in the rain by the side of a road at rush hour, a Westcountry girl born and bred, shocked by the busy-ness, the people, the noise. Then I was standing by my father’s bedside. Something wasn’t right. My dad was big, he was strong; he looked after me. He had a broad chest on which I would rest my head. But the man in front of me, the one they were telling me was Dad, was much smaller than I remembered.

He lay there in his blue and black striped dressing gown, eyes closed, attached to machines by wires and tubes. He looked much older than his forty years. My brother wasn’t fazed at all. Couldn’t he see that our real dad had been kidnapped and replaced by a little old man in a dressing gown?

I turned away. In the far corner another frail old man in a dressing gown sat on his bed, clutching a tatty teddy bear. My mum told me later that it was John Betjeman. He died a couple of years later, back at home in Cornwall. Another man uprooted from the South West when his arteries choked, taken away from the comfort of home, cut open and fixed, even for just a little while.

I found myself drifting away from the sterile hospital ward, full of little men who’d lost their strength, staring at the poet then at nothing. Then I heard a small voice. “Hello Mimi.” It was dad. He was back. He was the same man. I was back on the ground, and there I stayed. 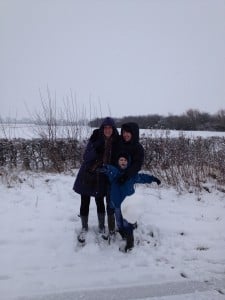