Amy is a freelance journalist, writer and subeditor who has been working in the industry for the last 10 years. She has written for publications like the Telegraph, the Independent, the Metro and Red, covering everything from quirky personal stories to celebrity interviews. She’s also converted a knitting hobby into a column for Simply Knitting magazine. In her spare time, she loves swimming, reading and brewing her own cider in the kitchen.

As a Story Terrace writer, Amy interviews customers and turns their life stories into books. Get to know her better: you can read an autobiographical story of her own below. Get in touch today to work with her!

“Is the oven off? The oven is off,” I wailed in dismay to my boyfriend, staring down the plate of cauliflower cheese that was looking resolutely uncooked.

I looked up to see my brother standing in the kitchen. The same brother that had turned up mid-afternoon, expecting an early dinner after we’d made it clear it wouldn’t be served til later. This was Christmas Eve, after all; we had our traditions.

“The oven’s off, everybody,” he announced, walking through to the next room. “We won’t be eating for hours. You might as well take the baby home,” he added to his wife.

I gritted my teeth. Of course the oven was off. What else could we expect? It was our first Christmas cooking for the entire family and we had 18 people waiting in the next room. It had almost been 28, my dad inviting family friends at the last minute, before I sobbed down the phone and he hastily agreed to disinvite them. The oven was just the latest in a long line of catastrophes. We were already waiting for my boyfriend’s parents, who were travelling up from Cornwall to meet my family for the first time. They were lost somewhere around Worthing and were still an hour away.

When they finally did arrive, they would be greeted by my sister, who had arrived straight from her work’s annual fancy dress do dressed as Maleficent. I glanced at her sat on the sofa, swigging champagne, her horned helmet coming close to impaling my brother with every gulp.

“You must find this very funny, Mum,” I muttered under my breath. She would have done too, had she been there to see it. But this was our first Christmas since her sudden death two months before. She was already showing us up, but we were determined to recreate the day that she would have made, uncooked goose or not.

Eventually, we made it. My boyfriend and I exchanged looks of relief as we served the final plate. I could hear my mum’s laughter as we finally took a seat. 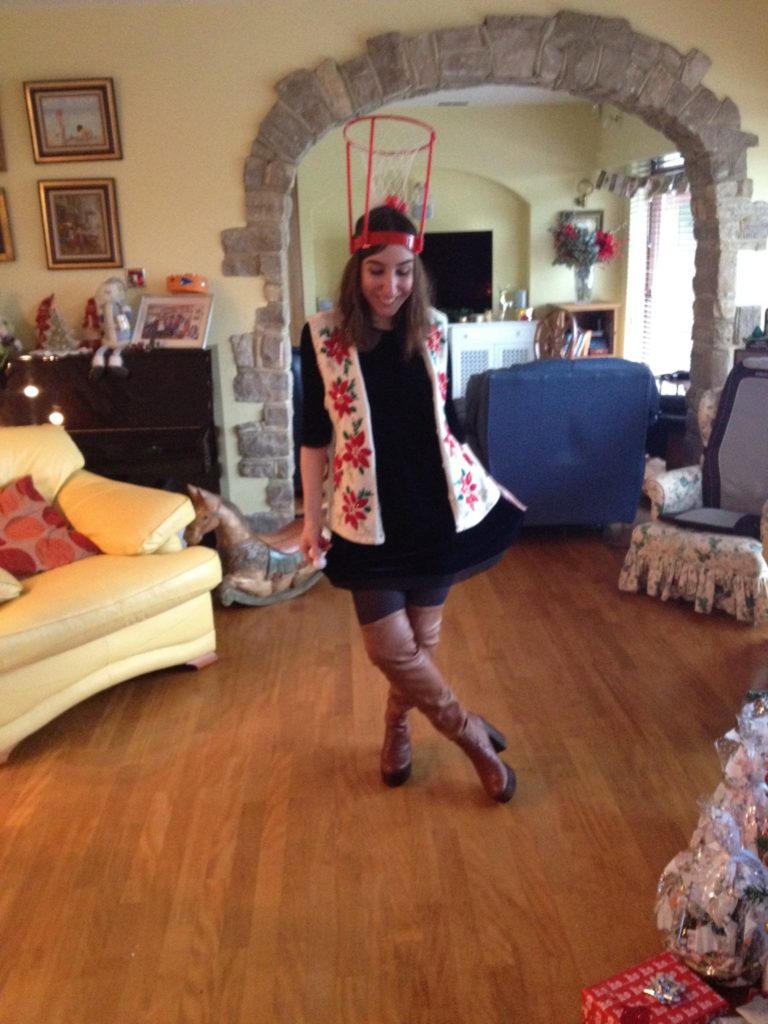