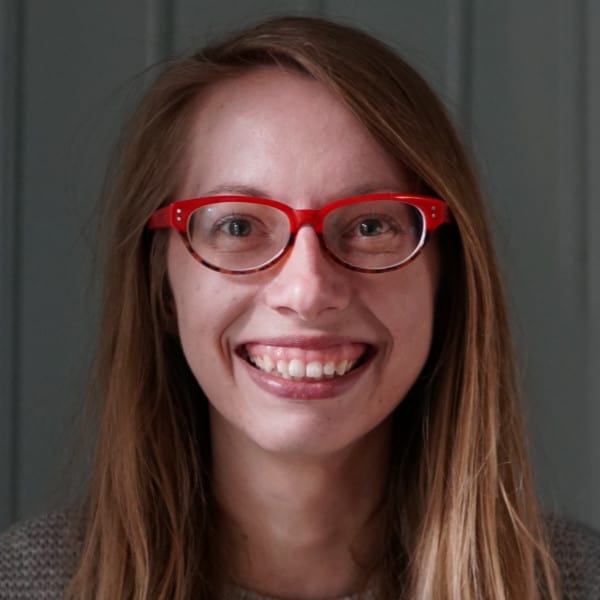 Amanda relocated to Los Angeles after working and living in Chicago and London. She earned an MA in Publishing from Kingston University in England and a BA in English, with a focus in Creative Writing, from the University of Montana. Within publishing, Amanda has worked at various agencies and publishing houses to help craft a wide range of titles, including children’s books, cookbooks, textbooks, fiction, and non-fiction. When she’s not working, Amanda enjoys exploring museums and gardens, traveling abroad, and baking.

Two years after getting married, my husband and I finally took our honeymoon. We spent two weeks traveling around Japan, starting in Tokyo and going south. In the middle of our adventure, we had strategically planned a two-day stop in Koyasan, which is a small, secluded (yet very popular) temple town. Koyasan offers overnight temple lodging for visitors, and we had arranged this as a way to regroup, rest up, and spend time connecting with nature outside of the excitement in Japan’s cities.

During our visit, it rained steadily, leaving the mountains cloaked in mist and magic. On our first day in Koyasan, my husband picked up an illustrated map and discovered several hiking trails around Torodo Hall, which is at the end of Okunoin’s graveyard within the mountains. Although not in the mood, I reluctantly agreed to go on a hike in my rain boots.

The mountain trail wasn’t steep, but it also wasn’t paved or maintained. Based on the map, the hike didn’t appear too long, but the further we got up the mountain, nature’s fog and silence surrounded us. It was just the two of us on this Japanese mountain, and while it could be romantic, it was simply eerie. Out of the mist, we were greeted by a sign that had been staked to the ground. It read, in big friendly letters: Beware of Bears! While this shouldn’t come as a shock to someone from Montana – honestly, being out in nature demands that you’re a risk of encountering wildlife, and you should always be prepared – I was terrified. This was how I was going to die: couple mauled by bear in Japan on honeymoon.

Almost in tears and wanting to turn back, but already half up the mountain, my husband grabbed my hand and continued to pull me up the mountain. He sang songs while I walked with my head down. If I couldn’t see the bear, it wouldn’t see me, right? We promptly reached the peak, where a tiny Buddhist shire lived. We took two quick photos before I rushed us down the other side of the mountain, despite the slippery ground. At the base of the other side, another sign warned against hiking due to bear sightings…

Back in town at lunch, and in his excitement, my husband attempted to converse with the cafe owner. Given our lack of speaking fluent Japanese, my husband gave the whole cafe a fright, as he accidentally convinced them we had just encountered a bear on our hike. Emotionally, I had. 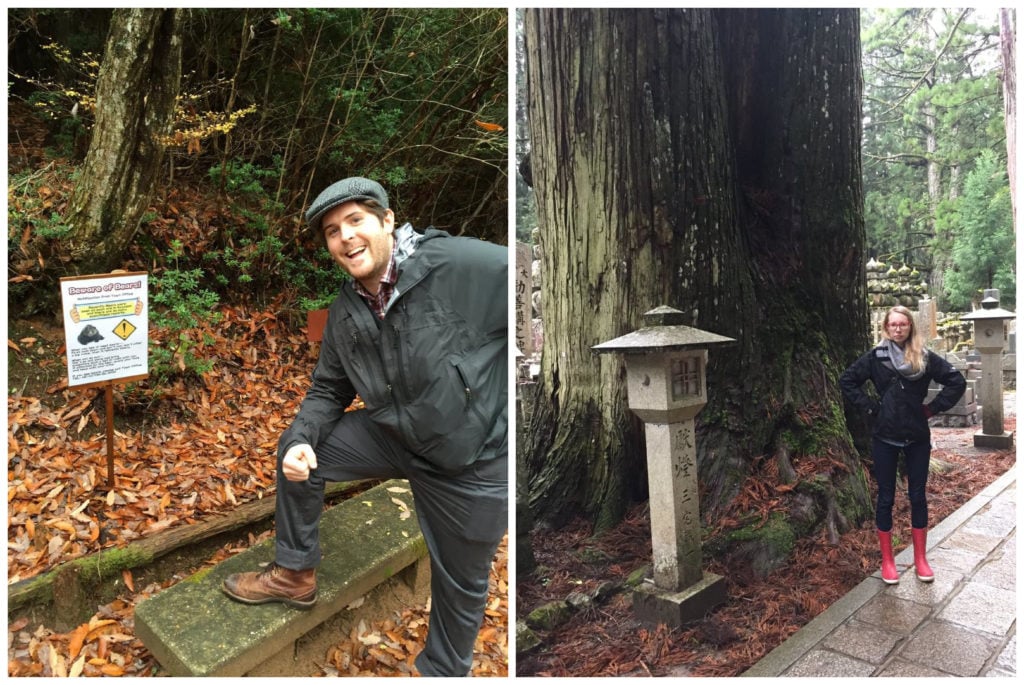