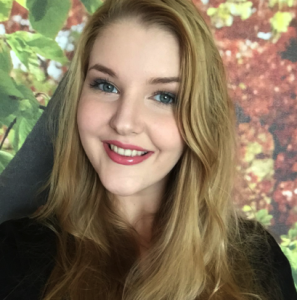 Originally from Canada, Alyson has been living and studying in the UK for the past four years. She graduated from The University of Nottingham with a First Class in English and Creative Writing, where she also worked with esteemed short-story writer Jon McGregor on his literary journal The Letters Page. Now, she’s on a scholarship at The University of Edinburgh, pursuing a Master’s in Poetry. Life isn’t all work and no play, however: Alyson is also an avid singer, kick-boxer, and has been known to finish Sudoku booklets only in pen.

As a Story Terrace writer, Alyson interviews customers and turns their life stories into books. Get to know her better: you can read an autobiographical story of her own below. Get in touch today to work with her!

It was a cheetah, and I had never loved anything more.

Perhaps it was ambitious for a six-year-old to make so bold a statement as that, as I had barely lived my little life and I already loved so many things. I was not properly qualified to rank them. I loved ice cream cones and winter coats; cold lakes and cookie dough; make believe stories and the softness of my mother’s hands. Yet, in that moment, there was only the cheetah—Daisy, I named him, thinking he was a girl. Daisy. Daisy. Daisy.

“You’re allowed to pet him,” my father said.

The zookeeper watched on, amused by my enthusiasm. I’m not sure why. It’s not like he could have expected anything less. I was a child — bubbly, bright-eyed and idealistic — and my family and I had flown from Vancouver to San Diego and come to the zoo with the sole intention of seeing the cheetahs there. However, the day prior, we had missed them during their public hours, and I had been so devastated that the zoo had arranged for a private meeting backstage: just me and the ‘star cheetah’ of the San Diego Zoo. Stuff like that didn’t happen every day.

They had tethered Daisy to the backstage wall with a thick chain, which somehow did not deter me. I stepped a bold foot forward, one after the other, and approached. I was smiling. I was about to pet my favourite animal in the whole wide world, and soon, I thought, we would be bonded. I would become the Cheetah Queen.

Of course, just as I reached the cheetah’s side and went to touch its back, this majestic creature, the quickest cat in the Savannah, my Daisy, raised its leg at a straight 180 degree angle and peed for ten seconds straight.

I learned an important lesson that day: no one ever said a moment had to be perfect in order to mean something. 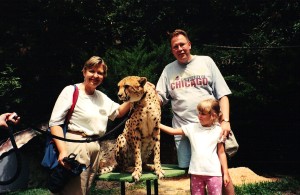