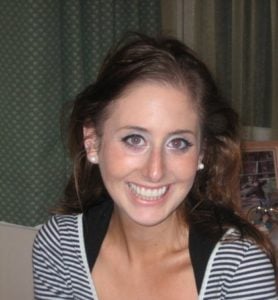 Alexandra is a prize-winning novelist, translator, and former corporate lawyer. She adores speaking Italian, writing, and, above all, dogs. Widely travelled, she spent years living abroad, including in Rome, which she considers the most mysterious city of all. She has the lawyer’s talent for picking up on the concerns at the heart of the story, combined with an endless listening capacity. With a limitless curiosity for people and life, she desires to tell stories as yet untold, and discover the truths at the heart of human nature that we reveal in our ordinary lives.

As a Story Terrace writer, Alexandra interviews customers and turns their life stories into books. Get to know her better by reading her autobiographical anecdote below.

No Singin’ No Dancin’

It was a weekday morning in a seaside town, and before he left for work, he would dance around the kitchen, doing his utmost to entertain his two-year-old daughter. It had become a daily routine, and never failed to elicit laughter from her. Yet that morning, as he wildly waved his hands and sung along to the radio, a small voice firmly announced, in a strong and unmistakably Irish accent, “No singin’ no dancin’!”

Well! That told him, he thought, and wondered sadly if that was to be the shape of things to come – a daughter who just couldn’t be entertained, and would reprimand him for his attempts. Yet childish chuckling soon resumed, and the admonishment was never repeated.

That encounter, however, has never been forgotten. In fact, it continues to be recounted, over and over again, to the extent that it’s now become some sort of family mythology. “No singin’ no dancin’!” has even become a catchphrase; there’s definitely a certain gentle mockery involved, of the type that’s only really possible between family members who adore one another – especially as the story is often retold as an example of that child’s morning grumpiness! That now grown child groans inwardly when her father tells a guest, “Let me tell you a funny story; when she was a child…” because she knows what will follow. Yet it gives her father such pleasure to narrate it, it would be churlish to object. And then, even all these years later, she still feels almost a sort of guilt at the strength of his love and attempts to entertain her, and her childish rejection of him, that she feels allowing him to tell this story is the least she can do. In repeating the story, and gaining such amusement from it, she senses her father is able to somehow recover the dignity he lost when he was so rudely informed “No singin’ no dancin’’! 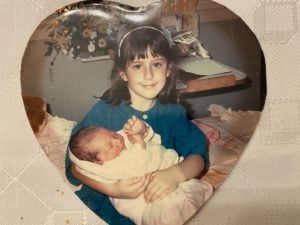 Get in touch today to work with Alexandra!